This is a list of British desserts, i.e. desserts characteristic of British cuisine, the culinary tradition of the United Kingdom. The British kitchen has a long tradition of noted sweet-making, particularly with puddings, custards, and creams; custard sauce is called crème anglaise (English cream) in French cuisine. 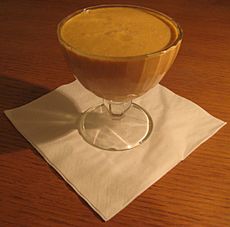 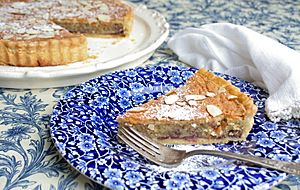 The Bakewell tart is an English confection consisting of a shortcrust pastry with a layer of jam and a sponge using ground almonds. 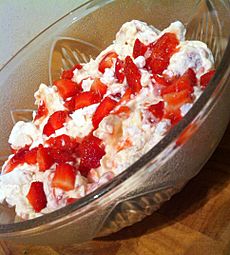 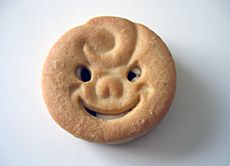 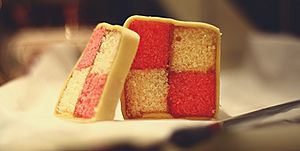 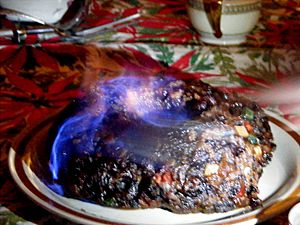 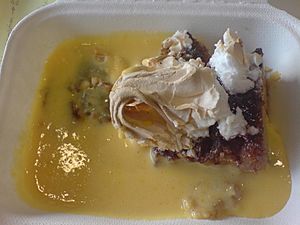 Queen of Puddings served with custard. The dish is a baked, breadcrumb-thickened mixture, spread with jam and topped with meringue. Variants of puddings made with breadcrumbs boiled with milk can be found dating back to the seventeenth century. 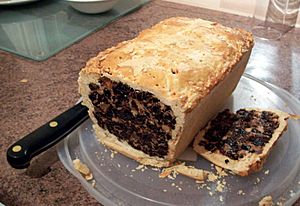 The black bun is a type of fruit cake completely covered with pastry. It is Scottish in origin, originally eaten on Twelfth Night but now enjoyed at Hogmanay.

All content from Kiddle encyclopedia articles (including the article images and facts) can be freely used under Attribution-ShareAlike license, unless stated otherwise. Cite this article:
List of British desserts Facts for Kids. Kiddle Encyclopedia.