List of heads of state of Mexico facts for kids

The Head of State in Mexico is the person who controls the executive power in the country. Under the current constitution, this responsibility lies with the President of the United Mexican States, who is head of the supreme executive power of the Mexican Union.

The Provisional Government of 1823–24 was an organization that served as the Executive in the government of Mexico after the end of the Mexican Empire of Agustín I, in 1823. The organization was responsible for convening the body that created the Federal Republic and existed from April 1, 1823 to October 10, 1824.

Presidents recognized by the Conservatives during the Reform War

On June 22, 1863, a "Superior Governing Board" was established. On July 11, the Board became the Regency of the Empire.

Presidents recognized by the Convention of Aguascalientes

After the constitutional reform of 1926, the presidential term in Mexico was extended to six years starting in 1928; with a formal ban on reelection. After the federal election of 1934 all the presidents have completed their six-year terms.

Presidents who died in office 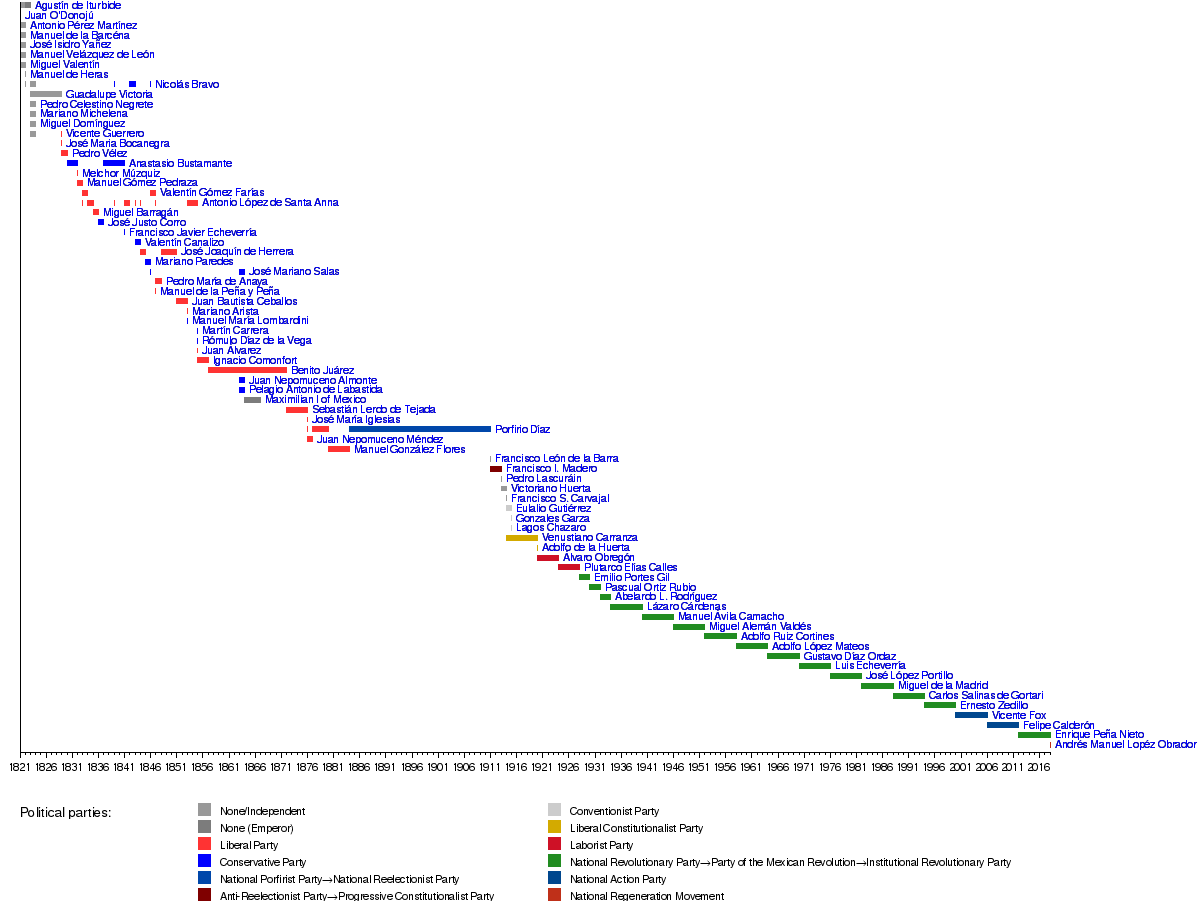 All content from Kiddle encyclopedia articles (including the article images and facts) can be freely used under Attribution-ShareAlike license, unless stated otherwise. Cite this article:
List of heads of state of Mexico Facts for Kids. Kiddle Encyclopedia.