Taremi started his career with Bargh Bushehr's Academy before moving on to Iranjavan's Youth Academy.

He joined Iranjavan in the summer of 2013 and signed a two-year contract until the end of the 2014–15 season and was given the number 9. Taremi scored 12 times in 22 matches in 2013–14, and became the league's second top scorer after Mokhtar Jomehzadeh. 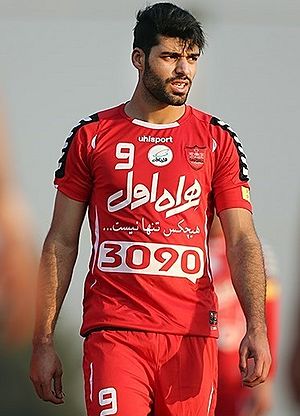 After becoming the Azadegan League's top scorer, Taremi had offers from many teams. He joined Persepolis FC in the summer of 2014 and signed a two-year contract through June 2016.

He made his debut in 1–1 draw with Naft Tehran, coming as a substitute for Reza Norouzi in 90th minute. He scored his first goal for the club on 15 August 2014 in a 1–0 victory over Zob Ahan. On 8 April 2015 Taremi scored a penalty in Persepolis 1–0 win in the Asian Champions League over Saudi Arabian club Al Nassr. He scored many goals for the club, and provided quality assists to win the Best Striker Award of the 14th Persian Gulf Pro League at the end of the 2014–15 season. 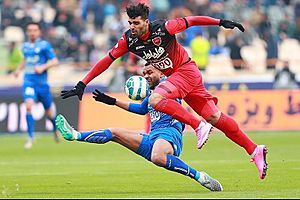 Taremi missed the first week of the new season due to suspension, but in his first game back on 6 August 2015, he scored in a 2–1 loss to Esteghlal Khuzestan. Taremi scored twice in a 2–0 week five win against Foolad. This was Persepolis' first win of the season and lifted them out of the relegation spot. Taremi's good performances in the month of August earned him the Navad player of the month as voted by fans. On 18 December 2015 Taremi scored a brace against Rah Ahan in Persepolis' 2–0 victory. He ended the first half of the league as top scorer with 9 goals in 12 games.

Before the start of the new season, Taremi announced that he would not extend his contract, to join to a European team. In July 2016, it was reported that Taremi was linked to Süper Lig team Çaykur Rizespor. The move was cancelled after Taremi returned to Iran and signed a two-year contract with Persepolis. He played his first match for Persepolis in 1–0 win over Saipa, replaced Omid Alishah in 77th minute. He also scored his first goal of the season in week 4 against Saba Qom. He scored a brace in 3–1 away win over Sepahan, in a match known as Iran's El Clasico. At the end of the season, the club celebrated its 10th Iran Pro League title, and Taremi became top scorer for a second consecutive season with 18 goals.

On 8 May 2017, Taremi scored a decisive hat trick against Emirati side Al Wahda in a 4–2 win to help his team qualify for the Round of 16 of the 2017 AFC Champions League. After his good performances, Taremi was linked with Dinamo Zagreb. 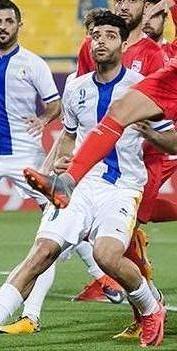 He playing 7 games, scoring 4 goals, and during the 2017–18 season, Taremi was banned for four months because of a contract dispute with Turkish club Çaykur Rizespor dating back to June 2016, when the player reached an agreement to join the club and later returned to Persepolis. Persepolis were also banned from signing players for two transfer windows. FIFA ruled in favor of the Turkish club and imposed the ban.

On 8 January 2018, Taremi signed an 18-month contract with the Qatari club Al-Gharafa. He scored his first goal in the first match of 2018 AFC Champions League against UAE's Al Jazira. Taremi first scored goal in Qatar League against Al Kharaitiyat SC on 16 February. On 19 February, he scored a brace against Iranian side Tractor Sazi on the second matchday of the AFC Champions League.

On 23 July 2019, Taremi signed a two-year contract with Portuguese football club Rio Ave. Taremi scored a hat-trick in his first Primeira Liga start for the club on 23 August 2019 in a match against C.D. Aves. On 31 August, Taremi won his side three penalties in their match against Sporting CP, all on fouls committed by Sebastián Coates, as Rio Ave won 3–2.

In August 2020, Taremi signed a four-year contract with Portuguese club FC Porto. He scored his first league goal for Porto on 8 November 2020 in a 3–1 home win against Portimonense. There was a foul on Taremi during the 2020 Supertaça Cândido de Oliveira in December 2020 which gave Porto a penalty and resulted in their first goal of the match scored by Sérgio Oliveira. Porto went on to win the 42nd edition of the competition 2–0, which gave Mehdi Taremi his first European medal. On 17 February 2021, Taremi opened the scoring for Porto against Juventus in the round-of-16 first leg in the UEFA Champions League. He became the first Iranian to score in the first knockout phase of the competition. On 13 April, he scored the game-winning goal with a spectacular bicycle kick in a 1–0 away win over Chelsea in the Champions League quarter-finals, yet his club lost 1–2 on aggregate. On 4 June UEFA announced Taremi’s goal against Chelsea the Best UCL Goal of that season.

Taremi finished his season with 16 goals and 11 assissts, became the top passer of that season. Also he was in Team of The Season of Primeira Liga.

Taremi played for Iran student's national football team in Turkey tournament and scored 9 goals for the team. He was called up by Alireza Mansourian to participate in the team's training camp in Kish Island in 2013. 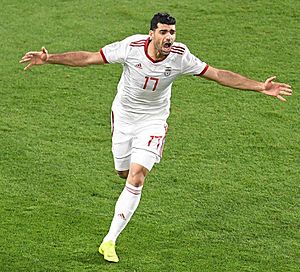 Taremi celebrating his goal against China in 2019 AFC Asian Cup.

Taremi made his debut against Uzbekistan in a friendly match on 11 June 2015. He also came on as a second-half substitute in a World Cup Qualifying match against Turkmenistan on 16 June 2015.

On 3 September 2015, Taremi scored his first senior goals, a brace, in a 6–0 victory over Guam in a 2018 FIFA World Cup qualifier. On 23 March 2017, Taremi scored the winning and only goal in Iran's victory against Qatar in the final round of World Cup qualifying. He followed this up with another goal on 28 March 2017, in a decisive 1–0 victory against China. On 12 June 2017, Taremi scored the second goal for Iran in a 2–0 win over Uzbekistan to seal the country's first consecutive qualification to two World Cups. In June 2018, he was named in Iran's final 23-man squad for the 2018 FIFA World Cup in Russia. With the score tied 1–1 in stoppage time in Iran's group stage match with Portugal, Taremi missed a point-blank shot wide left that would have eliminated Portugal and advanced Iran to the round of 16.

Taremi is the third and the youngest child of his family. His older brother Mohammad is also a football player.

He was in a relationship with Iranian actress Sahar Ghoreishi for months in 2018. In March 2020, Taremi announced he is in a new relationship and prepares for marriage. 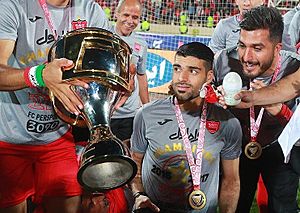 All content from Kiddle encyclopedia articles (including the article images and facts) can be freely used under Attribution-ShareAlike license, unless stated otherwise. Cite this article:
Mehdi Taremi Facts for Kids. Kiddle Encyclopedia.