The National Gallery of Ireland (Irish: Gailearaí Náisiúnta na hÉireann) houses the national collection of Irish and European art. It is located in the centre of Dublin with one entrance on Merrion Square, beside Leinster House, and another on Clare Street. It was founded in 1854 and opened its doors ten years later. The gallery has an extensive, representative collection of Irish paintings and is also notable for its Italian Baroque and Dutch masters painting. The current director is Sean Rainbird.

In 1853 an exhibition, the Great Industrial Exhibition, was held on the lawns of Leinster House in Dublin. Among the most popular exhibits was a substantial display of works of art organised and underwritten by the railway magnate William Dargan. The enthusiasm of the visiting crowds demonstrated a public for art, and it was decided to establish a permanent public art collection as a lasting monument of gratitude to Dargan. The moving spirit behind the proposal was the barrister John Edward Pigot (1822–1871), son of David Richard Pigot, Chief Baron of the Irish Exchequer, and he became one of the first governors of the gallery. The façade of the National Gallery copies the Natural History building of the National Museum of Ireland which was already planned for the facing flank of Leinster House. The building itself was designed by Francis Fowke, based on early plans by Charles Lanyon, and was completed and opened in 1864.

The gallery was not founded around an existing collection, and when the gallery opened it had just 112 paintings. In 1866 an annual purchase grant was established and by 1891 space was already limited. In 1897, the Dowager Countess of Milltown indicated her intention of donating the contents of Russborough House to the gallery. This gift included about 223 paintings, 48 pieces of sculpture, 33 engravings, much silver, furniture and a library, and prompted construction from 1899 to 1903 of what is now called the Milltown Wing, designed by Thomas Newenham Deane.

At around this time Henry Vaughan left 31 watercolours by J.M.W. Turner with the requirement that they could only be exhibited in January, this to protect them from the ill-effects of sunlight. Though modern lighting technology has made this stipulation unnecessary, the gallery continues to restrict viewing of the Vaughan bequest to January and the exhibition is treated as something of an occasion.

Another substantial bequest came with the untimely death in the sinking of the Lusitania of Hugh Lane (1875–1915), since 1914 director of the gallery; not only did he leave a large collection of pictures, he also left part of his residual estate and the Lane Fund has continued to contribute to the purchase of artworks to this day. In addition to his involvement in the gallery, Hugh Lane has also hoped to found a gallery of modern art, something only realised after his death in the Hugh Lane Gallery. George Bernard Shaw also made a substantial bequest, leaving the gallery a third of royalties of his estate in gratitude for the time he spent there as a youth.

The gallery was again extended in 1962 with a new wing designed by Frank DuBerry of the Office of Public Works. This opened in 1968 and is now named the Beit Wing. In 1978 the gallery received from the government the paintings given to the nation by Chester Beatty and in 1987 the Sweeney bequest brought fourteen works of art including paintings by Picasso and Jack B. Yeats. The same year the gallery was once again given some of the contents of Russborough House when Alfred Beit donated 17 masterpieces, including paintings by Velázquez, Murillo, Steen, Vermeer and Raeburn.

In the 1990s a lost Caravaggio, The Taking of Christ, known through replicas, was discovered hanging in a Jesuit house of studies in Leeson Street in Dublin by Sergio Benedetti, senior conservator of the gallery. The Jesuits have allowed this painting to be exhibited in the gallery and the discovery was the cause of national excitement. The painting was on loan to an Italian gallery from February until July 2010 as part of Caravaggio's 400th anniversary. In 1997 Anne Yeats donated sketchbooks by her uncle Jack Yeats and the gallery now includes a Yeats Museum. Denis Mahon, a well-known art critic, promised the gallery part of his rich collection and eight painting from his promised bequest are on permanent display, including Jacob Blessing the Sons of Joseph by Guercino. 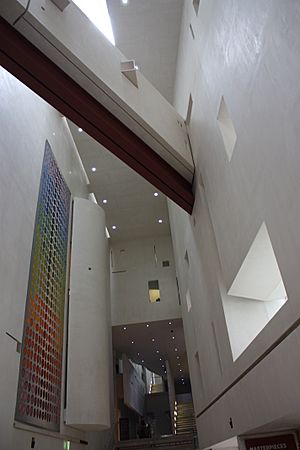 The Millennium Wing in March 2012

A new wing, called the Millennium Wing, was opened in 2002. Unlike the previous two extensions, this new wing has street frontage and the English architects Benson & Forsyth gave it an imposing Bowers Whitbed, Portland Stone façade and grand atrium. The design originally involved demolishing an adjoining Georgian terrace house and its ballroom mews; however, the Irish planning appeals authority, An Bord Pleanála, required that they be retained.

The National Gallery of Ireland is located in the heart of Georgian Dublin. There are two entrances, one at Merrion Square and the other at Clare Street. Admission to the gallery is free and many talks, tours and events, as well as the audioguide, are also free of charge. The gallery launched a free smartphone app in 2013.

Dublin Bus routes 4, 7 and 7a all pass by the gallery. The Pearse Street DART station is 5 minutes on foot as is the Dawson stop on the green line of the Luas. The Abbey Street stop of the red line of the Luas is a 20-minute walk away. There are two dublinbikes stations just outside the gallery, one at Clare Street and the other at Merrion Square West.

All galleries and entrances are wheelchair and buggy accessible and there are disabled parking spaces outside the Merrion Square entrance. Tours for the visually and hearing impaired are regularly organised. Visitors with guide dogs are welcome in the gallery. The lecture theatre, AV room and gallery shop are all fitted with a loop system for the hearing impaired. 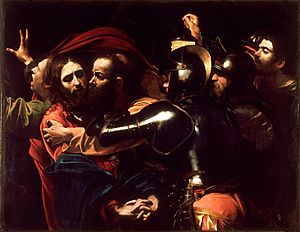 Caravaggio The Taking of Christ 1602 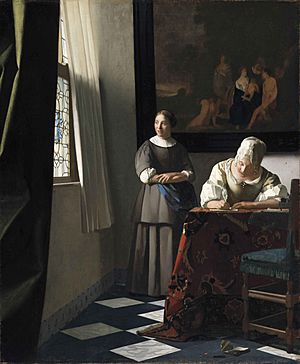 Johannes Vermeer Lady Writing a Letter with her Maid c.1670 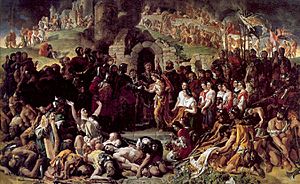 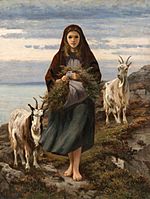 Originally the Hennessy Portrait Prize, the Zurich Portrait Prize is an exhibition of commissioned artists creating works of portraiture. The Prize is open to artists in all mediums who are either citizens in Ireland or Irish citizens living abroad. The prize consists of €15,000 and a €5,000 commission to create a portrait that would be exhibited in the gallery. Previous winners include

When it was the Hennessy Portrait Prize, the prize winners were

The library and archives collections at the National Gallery of Ireland encompass unique and historically significant collections for the study of art history. The origins of the collections can be traced back to the foundation of the institution over one hundred and sixty years ago. Covering the visual arts from the classical to the contemporary these collections continue to be a vital research element of the National Collection. The development of the library and archive has been supported principally through public funding and the private donations of generous benefactors.

Open to the public, it has particularly rich holdings relating to the history of western European art from the Middle Ages on, and the collections relating to Irish and Italian art are extensive. The collection amounts to over 100,000 published volumes, in addition to significant archival holdings.

All content from Kiddle encyclopedia articles (including the article images and facts) can be freely used under Attribution-ShareAlike license, unless stated otherwise. Cite this article:
National Gallery of Ireland Facts for Kids. Kiddle Encyclopedia.