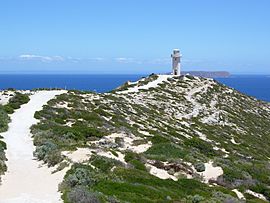 National parks are 'areas considered to be of national significance due to wildlife, natural features of the land, or Aboriginal or European heritage'. As of July 2016, the following national parks have been declared:

Conservation parks are 'areas protected for the purpose of conserving wildlife or the natural or historic features of the land'. As of July 2016, the following conservation parks have been declared:

Game reserves are 'areas set aside for conservation of wildlife and the management of game for seasonal hunting.' As of July 2016, the following game reserves have been declared:

Regional reserves are 'areas proclaimed for the purpose of conserving wildlife or natural or historical features while allowing responsible use of the area's natural resources.' As of July 2016, the following regional reserves have been declared:

The Forestry Act 1950 allows for the declaration of forest reserves for ‘purposes relating to the conservation, development and management of land supporting native flora and fauna…’ Native forest reserves are administered by the South Australian Forestry Corporation (trading as ForestrySA) which is a wholly owned state government business. As of March 2014, the following native forest reserves which are located in the Southern Flinders Ranges, the Mount Lofty Ranges and the Limestone Coast have been declared:

The Wilderness Protection Act 1992 was established in 1992 to provide for ‘the protection of wilderness and the restoration of land to its condition before European colonisation’. The day-to-day administration of the act is carried out by DEWNR. As of July 2016, the following areas have been declared:

The Historic Shipwrecks Act 1981 which is administered by DEWNR allows for the creation of protected zones over land and water around historic shipwrecks. The following protected zones have been declared:

The River Murray Act 2003 which is administered by DEWNR has provision for ‘the protection and enhancement of the River Murray and related areas and ecosystems’.

As of September 2010, the following protection areas have been designated:

The following areas have been declared under the Fisheries Management Act 2007 (SA). Aquatic reserves which are managed by the Department of Primary Industries & Regions (PIRSA), were 'established to protect the habitat, ecosystems and communities of the rich variety of underwater organisms found in the marine and estuarine waters of South Australia'. Aquatic reserves are considered to be IUCN Category II protected areas.

Marine parks are areas within the immediate onshore waters of SA set aside under the Marine Parks Act 2007 (SA) 'to preserve the biological diversity of the state's coastal, estuarine and marine environments while allowing ecologically sustainable use of the area's natural resources.' As of December 2013, the following marine parks have been declared:

The Arkaroola Protection Act 2012 which commenced operation on 26 April 2012 was created to ‘establish the Arkaroola Protection Area; to provide for the proper management and care of the area; and to prohibit mining activities in the area’. The protection area which is located 600 km (370 mi) north of Adelaide includes the Arkaroola Pastoral Lease and the Mawson Plateau part of the Mount Freeling Pastoral Lease. The former lease which has not been stocked for over 30 years is operated for the purpose of conservation and tourism under the name, Arkaroola Wilderness Sanctuary. The protection area is reported as satisfying the definition of a "category II National Park".

A native vegetation heritage agreements, usually known as a heritage agreement, is a legally binding agreement between a landowner and the Minister for Environment, Sustainability and Conservation where the landowner agrees to protect native vegetation in perpetuity. In return, the Minister may agree to reduce statutory fees such as local government rates or offer assistance in term of funding of works such as fencing or provision of expert advice to ‘protecting and improving the conservation value of the heritage agreement area’. The enabling legislation is the Native Vegetation Act 1991. Land covered by heritage agreements is considered to meet IUCN Category III. As of February 2014, 1537 agreements in respect to 634,242 hectares (1,567,250 acres)* of land within SA or 0.64% of the area of SA have been entered into between landowners and the minister. A notable example is the Gluepot Reserve.

All content from Kiddle encyclopedia articles (including the article images and facts) can be freely used under Attribution-ShareAlike license, unless stated otherwise. Cite this article:
Protected areas of South Australia Facts for Kids. Kiddle Encyclopedia.