Nederland ( NEE-der-lənd) is a city in Jefferson County, Texas, United States. The population was 17,547 at the 2010 census.

The city was settled in 1897 along what is now Boston Avenue and incorporated in 1940. It was settled by Dutch immigrants on land sold by the Kansas City Southern railroad. It is part of the Beaumont−Port Arthur Metropolitan Statistical Area. Nederland is also a part of an area known as "the Golden Triangle," which comprises Beaumont, Port Arthur, and Orange. The city is adjacent to the Jack Brooks Regional Airport in Port Arthur, which serves the nearby cities of Beaumont and Port Arthur.

Nederland was founded in 1879 Dutch settlers (Nederland which literally translates to "Lowland" (non-plural) is the Dutch name for the Netherlands which means "low lands") as a repayment for financial services of Dutch bankers who financed the Kansas City Southern railroad line that runs through the center of the city. The more prominent families were named Rienstra, Doornbos and Van Oostrom, and their descendants still live in the area today. Tradition says they were attracted to the flat coastal terrain that reminded them of their homeland (although the heat most certainly did not). The downtown area continues to bear its English and Dutch street names today.

Nederland's early economy was driven by rice and dairy farming. However, the depression of 1907 and overproduction caused the rice industry in the town to collapse. Many Dutch settlers moved away from the area during this time, but a small percentage remained. After the Spindletop gusher discovery of 1901 and the establishment of the Sun Oil terminal near Nederland, the town became a residential community for the workers of the nearby oil terminals.

The refineries also attracted a large population of blue-collar laborers into the area. The area drew particularly heavily from southern Louisiana, and a strong Cajun flair is evident throughout the community. With the decline of oil prices in the 1980s, the local economy suffered and Nederland experienced slight population losses, but has stabilized in the late 1990s and 2000s.

Nederland is the ending location of the Keystone Pipeline.

The Dutch Windmill Museum is an authentic replica of a Dutch windmill and was created to honor the settlers from the Netherlands that founded Nederland. It was built in 1969 and contains donated items from Nederland's history. The museum is located in Tex Ritter Park on Boston Avenue.

The La Maison De Acadiens house is a replica of houses used by early French settlers of the area, many who still have descendants living in the region. It is located next to the Dutch Windmill Museum. 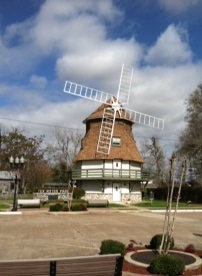 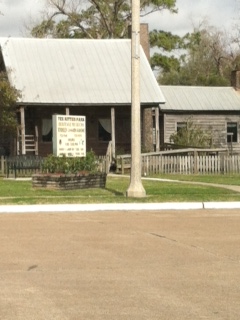 Boston Avenue is part of the original plot of Nederland when it was founded in 1897. It carries both its modern name and the original Dutch name on street signs (Heeren Straats). The Boston Avenue shopping district offers boutique shopping and events throughout the year. These events include the Nederland Heritage Festival, Christmas Parade, Homecoming Parade, and Third Thursday shopping events. Boston Avenue is also the location of the Nederland Windmill and Le Maison de Acadiens Museums and Tex Ritter Park.

The Nederland Heritage Festival began on the 75th anniversary of the founding of the town in 1973 as part of the city's Diamond Jubilee and has become known area wide and attracts over 100,000 people over the week of festivities, and includes multiple events during the week with carnival rides, pageants, a parade, golf tournament and live music to name a few.

The carnival is usually held on the second or third week of March, during the Nederland Independent School Districts' spring break. The other events are held beginning in February and running through the end of the carnival itself.

The Nederland Parks department in conjunction with the Nederland Chamber of Commerce created a Fourth of July celebration that is held at Doornbos Park starting in 2012. The celebration includes fireworks, food and music along with entertainment for children. It is open to anyone in the area. The celebration is in its second year as of 2013.

Nederland's annual Christmas parade is usually held the second or third week of December, weather permitting. The parade hosted by the Chamber of Commerce and allows businesses and organizations throughout the area to enter bands, floats or other vehicles. This parade is a lighted parade that goes through the historic Boston Avenue downtown area and Nederland Avenue.

The City of Nederland manages six parks located throughout the city.

Nederland is served by three newspapers:

-The Beaumont Enterprise, which was founded in 1880 and is owned by the Hearst Corporation is a daily newspaper that serves the Golden Triangle and the surrounding area.

-The Mid-County Chronicle, which is owned by the Beaumont Enterprise and is published weekly. The Chronicle serves the Nederland and Port Neches area.

-The Port Arthur News delivers seven days a week and serves Nederland, Port Neches, and Port Arthur primarily. The newspaper is owned by CNHI and is the sister newspaper of the Orange Leader.

There were 7,122 households out of which 30.3% had children under the age of 18 living with them, 50.7% were married couples living together, 13.4% had a female householder with no husband present, and 30.6% were non-families. 26.2% of all households were made up of individuals and 9.4% had someone living alone who was 65 years of age or older. The average household size was 2.46 and the average family size was 2.96.

Nederland is within a subtropical coastal plains. The proximity to the coast contributes to high humidity during the summer months. The region also has its share of tropical storms.

On September 23, 2005, Nederland was hit by Hurricane Rita, a category 3 hurricane causing 12 billion dollars of damage in South East Texas and Southwest Louisiana.

On September 13, 2007, Nederland was hit by Hurricane Humberto, a category 1 hurricane. The eye of the hurricane passed over the city.

On September 13, 2008, Nederland was hit by hurricane-force winds of Hurricane Ike, a category 2 hurricane that came ashore at Galveston, TX and pushed an 18-foot storm surge ahead of it. The Golden Triangle area of Nederland, Port Arthur, Port Neches and Beaumont were spared from the surge by the sea wall that surrounds Port Arthur. Bridge City, Orange and the outlying areas were severely flooded.

Approximately 15 miles north is Interstate 10, which serves as a main east-west corridor from Florida to California.

US 69/287/96 runs along the west side of Nederland, from Port Arthur to Beaumont and merges with Interstate 10.

All content from Kiddle encyclopedia articles (including the article images and facts) can be freely used under Attribution-ShareAlike license, unless stated otherwise. Cite this article:
Nederland, Texas Facts for Kids. Kiddle Encyclopedia.