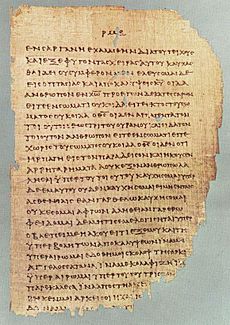 A page of P46, one of the oldest surviving New Testament manuscripts in Greek. Its probable date is 175–225 AD. 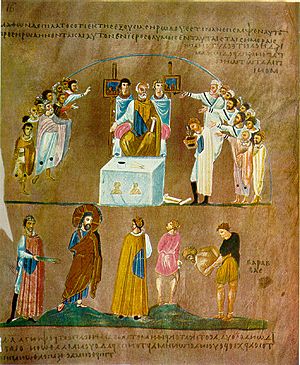 The Rossano Gospels, 6th century, a representative of Byzantine text. 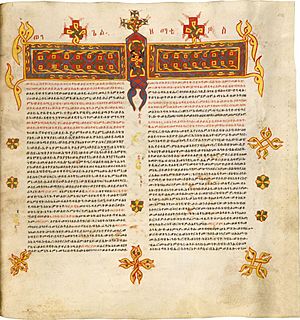 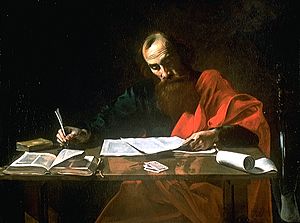 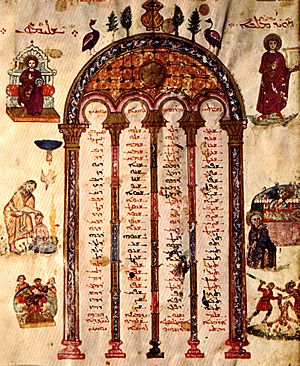 The traditional author is listed after each entry.

Acts of the Apostles

Pauline epistles, the 13 or 14 letters believed to be written by Saint Paul the Apostle

General epistles are other Letters.

All content from Kiddle encyclopedia articles (including the article images and facts) can be freely used under Attribution-ShareAlike license, unless stated otherwise. Cite this article:
New Testament Facts for Kids. Kiddle Encyclopedia.