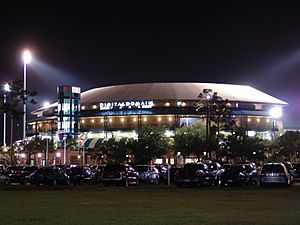 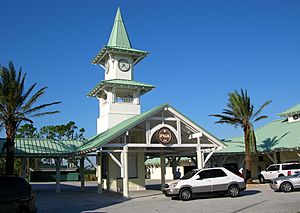 The PGA Village golf complex includes 54 holes of golf as well as a learning center and a historical center. The city also hosted the Ginn sur Mer Classic at Tesoro, the city's first ever PGA Tour event, in 2007.

The city has two soccer clubs, Mako Soccer Club and Port St. Lucie Soccer Club, that field both competitive and recreational teams at several age levels. The Treasure Coast Tritons soccer team also play in the city at the South County Stadium, starting in the 2019 season.

The original bus system started out as a demand response service bus in the 1990s, it only served St. Lucie County. Soon it expanded to a fixed route system, going to predetermined locations along a route. On June 3, 2002, the Florida Department of Transportation (FDOT) approved funding, expanding the bus service to Martin County, and became the Treasure Coast Connector.

Port St. Lucie is responsible for maintaining approximately 912.5 miles (1,468.5 km) of roadway within its city limits.

U.S. 1 (State Road 5) – Running the entire length of the state, its route through the city extends from the Martin/St. Lucie County line to the south to Midway Road at the northern limits of the city. This stretch of US 1 contains mostly strip malls and shopping centers. On the southeast corner of US 1's intersection with Walton Road/Veterans Memorial Blvd., is the MIDFLORIDA Credit Union Event Center, which was once envisioned as the center of the city's 'downtown'. As of today, the area around the Event Center remains mostly undeveloped.

All content from Kiddle encyclopedia articles (including the article images and facts) can be freely used under Attribution-ShareAlike license, unless stated otherwise. Cite this article:
Port St. Lucie, Florida Facts for Kids. Kiddle Encyclopedia.