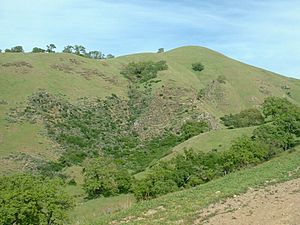 The Sunol Regional Wilderness is a regional park in Alameda County, the eastern San Francisco Bay Area, Northern California. It is located near the town of Sunol, south of Pleasanton and east of Fremont.

The 27.74 square kilometres (6,850 acres) park was established in 1962, and is administered by the East Bay Regional Park District. The park is subject to either closure or fire restriction during the wildfire season from June through October.

The park is in the inner California Coast Ranges. It originally was inhabited by Native Americans, and was subsequently primarily ranch land, with chaparral, oak woodland, and grassland habitats.

Grazing rights within the park are still leased, so cattle may be encountered. 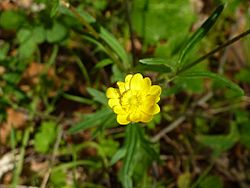 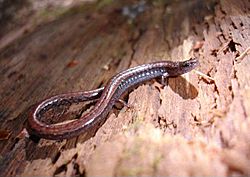 There are many bird species, including one of the largest breeding populations of golden eagles, supported by large numbers of a common prey and keystone species, the California ground squirrel. skunks and black-tailed deer are also common. Coyotes and mountain lions visit the park, though they are unlikely to be seen by visitors. A well-equipped Visitors' Center has a complete list of plants and birds to be seen in the park. Common amphibians and reptiles include the California red-legged frog, Pacific tree frog, California newt, Diablo Range garter snake, Western rattlesnake and San Francisco Alligator lizard.

Trails for hiking, horse-riding, and mountain biking cross the park. There are also facilities for camping.

The Cave Rocks formation is popular for rock climbing.

Much of the routes land is owned by the San Francisco Water Department. Right to pass is subject to a permit, which is available at the Sunol Wilderness entrance gate.

The terrain between Sunol Wilderness and Del Valle Park can be challenging. Rose Peak is the high point, only a bit lower than Mount Diablo in elevation.

All content from Kiddle encyclopedia articles (including the article images and facts) can be freely used under Attribution-ShareAlike license, unless stated otherwise. Cite this article:
Sunol Regional Wilderness Facts for Kids. Kiddle Encyclopedia.