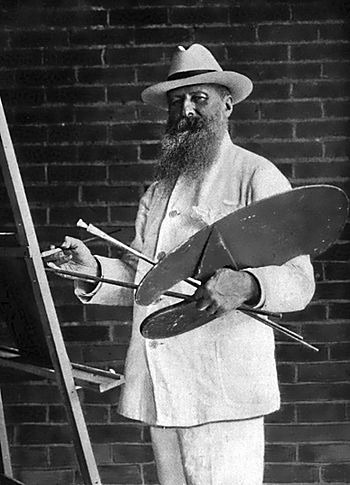 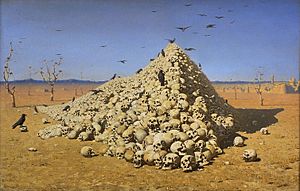 "The Apotheosis of War"

Vereshchagin (Russian: Василий Василиевич Верещагин; 1842-1904) was a famous Russian painter of battle scenes, who has been making the war of the United States in Cuba and in the Philippines the subject of his latest work.

All content from Kiddle encyclopedia articles (including the article images and facts) can be freely used under Attribution-ShareAlike license, unless stated otherwise. Cite this article:
Vasily Vereshchagin Facts for Kids. Kiddle Encyclopedia.