William Wyler ( born Willi Wyler; July 1, 1902 – July 27, 1981) was an American film director, producer and screenwriter. Notable works include Ben-Hur (1959), The Best Years of Our Lives (1946), and Mrs. Miniver (1942), all of which won Academy Awards for Best Director, as well as Best Picture in their respective years, making him the only director of three Best Picture winners as of 2018. Wyler received his first Oscar nomination for directing Dodsworth in 1936, starring Walter Huston, Ruth Chatterton and Mary Astor, "sparking a 20-year run of almost unbroken greatness."

Film historian Ian Freer calls Wyler a "bona fide perfectionist", whose penchant for retakes and an attempt to hone every last nuance, "became the stuff of legend." His ability to direct a string of classic literary adaptations into huge box-office and critical successes made him one of "Hollywood's most bankable moviemakers" during the 1930s and 1940s and into the 60's. Through his talent for staging, editing, and camera movement, he turned dynamic theatrical spaces into cinematic ones.

He helped propel a number of actors to stardom, finding and directing Audrey Hepburn in her Hollywood debut film, Roman Holiday (1953), and directing Barbra Streisand in her debut film, Funny Girl (1968). Both of these performances won Academy Awards. He directed Olivia de Havilland to her second Oscar in The Heiress (1949) and Laurence Olivier in Wuthering Heights (1939), for his first Oscar nomination. Olivier credited Wyler with teaching him how to act for the screen. And Bette Davis, who received three Oscar nominations under his direction and won her second Oscar in Jezebel (1938), said Wyler made her a "far, far better actress" than she had ever been. 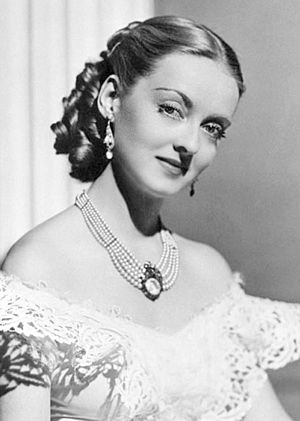 Fourteen actors won Oscars under Wyler's direction, including Bette Davis in Jezebel (1938) and her nomination for The Letter (1940). Davis summed up their work together: "It was he who helped me to realize my full potential as an actress. I met my match in this exceptionally creative and talented director."

Wyler's films garnered more awards for participating artists and actors than any other director in the history of Hollywood. He received 12 Oscar nominations for Best Director, while dozens of his collaborators and actors won Oscars or were nominated. In 1965, Wyler won the Irving G. Thalberg Memorial Award for career achievement. Eleven years later, he received the American Film Institute Life Achievement Award. In addition to his Best Picture and Best Director Oscar wins, 13 of Wyler's films earned Best Picture nominations. Other late Wyler films include The Children's Hour (1961), which was nominated for five Academy Awards. Later films included The Collector (1963), Funny Girl (1968), and his final film, The Liberation of L.B. Jones (1970).

Wyler was briefly married to actress Margaret Sullavan (from November 25, 1934 – March 13, 1936) and married actress Margaret "Talli" Tallichet on October 23, 1938. The couple remained together until his death; they had five children: Catherine, Judith, William Jr., Melanie and David. Catherine said during an interview that her mother played an important part in his career, often being his "gatekeeper" and his reader of scripts presented to him.

On July 24, 1981, Wyler gave an interview with his daughter, Catherine, for Directed by William Wyler, a PBS documentary about his life and career. Three days later, he died from a heart attack. He is interred at Forest Lawn Memorial Park Cemetery, near his older brother, Robert Wyler, sister-in-law, actress Cathy O'Donnell and his son, William "Billy" Wyler, Jr in Glendale, California.

Wyler is the most nominated director in Academy Awards history with twelve nominations. He won the Academy Award for Best Direction on three occasions, for his direction of Ben-Hur, The Best Years of Our Lives, and Mrs. Miniver. He is tied with Frank Capra and behind John Ford, who won four Oscars in this category. He is also only director in Academy history to direct three Best Picture-winning films (the three for which he won Best Director), and directed more Best Picture nominees than anyone else (thirteen).

He has the distinction of having directed more actors to Oscar-nominated performances than any other director in history: thirty-six. Out of these nominees, fourteen went on to win Oscars, also a record. He received the fourth AFI Life Achievement Award in 1976. Among those who thanked him for directing her in her debut film, was Barbra Streisand.

For his contributions to the motion picture industry, on February 8, 1960, Wyler has a star on the Hollywood Walk of Fame at 1731 Vine Street.

All content from Kiddle encyclopedia articles (including the article images and facts) can be freely used under Attribution-ShareAlike license, unless stated otherwise. Cite this article:
William Wyler Facts for Kids. Kiddle Encyclopedia.