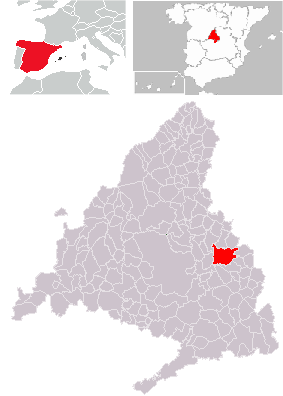 Alcalá de Henares is a city in the Community of Madrid, Spain. It is thirty kilometres from Madrid. It has about 200,000 people. There is a university. Miguel de Cervantes, an important Spanish writer, the author of the "Don Quixote", was born there.

All content from Kiddle encyclopedia articles (including the article images and facts) can be freely used under Attribution-ShareAlike license, unless stated otherwise. Cite this article:
Alcalá de Henares Facts for Kids. Kiddle Encyclopedia.