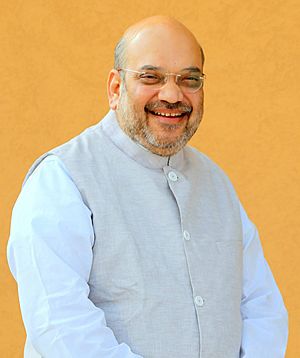 Amit Shah (born 1964) is an Indian politician and the current Home Minister of India. He also served as president of the Bharatiya Janata Party from 2014 to 2020.

All content from Kiddle encyclopedia articles (including the article images and facts) can be freely used under Attribution-ShareAlike license, unless stated otherwise. Cite this article:
Amit Shah Facts for Kids. Kiddle Encyclopedia.