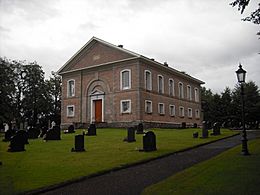 Ballykelly (from Irish: Baile Uí Cheallaigh, meaning "O'Kelly's Townland") is a village and townland in County Londonderry, Northern Ireland. It lies 3 miles (4.8 km) west of Limavady on the main Derry to Limavady A2 road and is 15 miles (24 km) east of Derry. It is designated as a Large Village and in 2011 the population of Ballykelly was 2,107. It lies within Causeway Coast and Glens district.

Ballykelly contains some of the most interesting buildings erected in Ulster by the Plantation companies, being largely developed by the London Company of Fishmongers through the 18th and 19th centuries. It features Tamlaghtfinlagan Parish Church, built by Earl Frederick Hervey, 18th-century Bishop of Derry, amongst many traditional buildings. The Presbyterian Church, Drummond Hotel and North West Independent Hospital, were all built by the London Company of Fishmongers. The village enjoys views across Lough Foyle to Inishowen in County Donegal and is bordered by Ballykelly Forest which was the first State Forest in Northern Ireland. Although there are good health and educational facilities available, there is only a limited retail sector relative to the population of the village.

The village was originally laid out as a Plantation settlement. The development of the nearby World War II airfield greatly enhanced the size and significance of the village. There has been considerable expansion throughout the post-War period, particularly since the 1990s, with a series of private residential developments west of the historic core along Clooney Road.

RAF Ballykelly opened in 1941 as an airfield RAF Coastal Command and closed in 1971, because of the British Government's defence cuts. The station was transferred to the British Army, who renamed it Shackleton Barracks. The Army was due to leave Shackleton Barracks in early 2008. During World War II an RAF bomber aeroplane on a training run clipped a telephone line behind a church in Ballykelly and crashed, claiming the lives of the crew. The aircraft was carrying out a trials mission involving low level parachuting, but a parachute became entangled with the tailplane, putting the aircraft out of control.

During the Northern Irish Troubles the Droppin Well bombing occurred in Ballykelly, killing 17 people in a local disco and bar. Although one of the most fatal single incidents of the conflict, it was the only fatal Troubles-related incident to take place in Ballykelly. 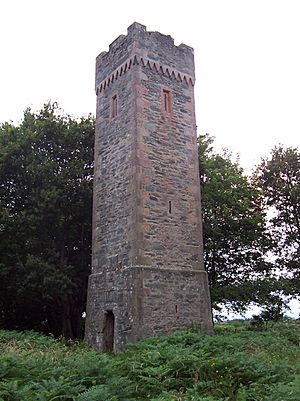 Ballykelly is classified as a village by the Northern Ireland Statistics and Research Agency (NISRA) (i.e., with a population of between 1,000 and 2,250 people). On Census day (27 March 2011) there were 2,107 people living in Ballykelly. Of these: 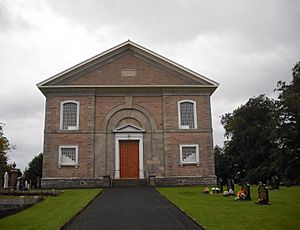 The Anglican parish of Tamlaghtfinlagan originally was located 1-mile (1.6 km) southwest of the current village. The village is recorded in Papal Bulls of the mid-12th century. The name Tamlaghtfinlagan comes from the Irish for "the resting place of Finliganus", one of Columba's monks who was, according to tradition, the founding abbot of the abbey. This abbey building still exists, although in ruins. In the mid-16th century the parish church moved to Walworth. In 1689 it was gutted by the retreating troops of James II following the defeat in the Battle of the Boyne. The current edifice was dedicated in 1795, and is a simple perpendicular church, with three aisles, a small chancel and a gallery, much of which was built by the Worshipful Company of Fishmongers.

All content from Kiddle encyclopedia articles (including the article images and facts) can be freely used under Attribution-ShareAlike license, unless stated otherwise. Cite this article:
Ballykelly, County Londonderry Facts for Kids. Kiddle Encyclopedia.