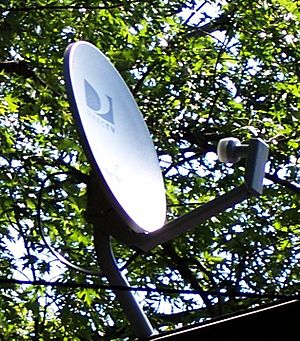 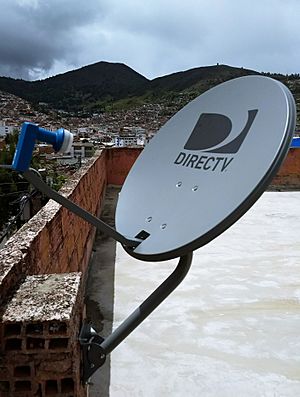 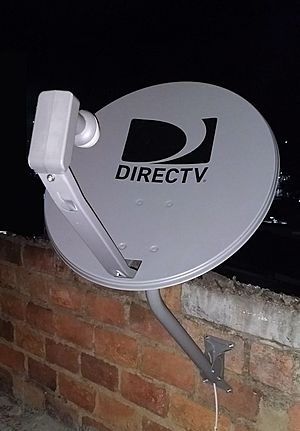 A standard DirecTV satellite dish with Dual LNB on a brick wall. The dish shown uses the old logo of the AT&T affiliate mentioned.

DirecTV (stylized as DIRECTV) is an American satellite television service provider. The company is based in California. It is part of AT&T.

Its satellite service began on June 17, 1994. The service provides digital satellite television to households in the United States, Latin America and the Caribbean Islands.

In 2007, DirecTV was awarded a J.D. Power award for cable and satellite TV satisfaction.

The customer service of DirecTV is provided by many third-party owned call centers both inside and outside the U.S.

In August 2008, The Boston Globe reported that DirecTV had been receiving as many as 20,000 complaints in almost three years to Better Business Bureau about DirecTV slipping on cancellation fees.

In August 2010, Better Business Bureau reported that it had gotten over 39,000 complaints in the previous three years. The BBB gave DirecTV an F (failing) grade. Many of these complaints concerned the fees for early termination, billing and service issues.

All content from Kiddle encyclopedia articles (including the article images and facts) can be freely used under Attribution-ShareAlike license, unless stated otherwise. Cite this article:
DirecTV Facts for Kids. Kiddle Encyclopedia.