Division of Sydney facts for kids

Kids Encyclopedia Facts
This page is about the Australian federal electorate. For the New South Wales state electorate, see Electoral district of Sydney. 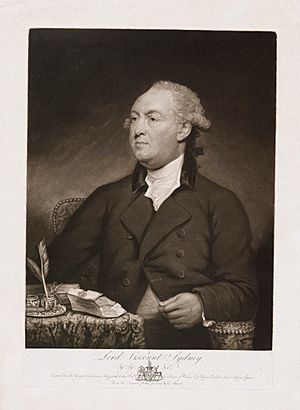 The Division of Sydney is an Australian electoral division in the state of New South Wales. It is named for Sydney, which itself was named after former British Home Secretary Thomas Townshend, 1st Viscount Sydney. It was set up for the 1969 election to replace the old Division of East Sydney and Division of West Sydney.

The division is located around Sydney, and includes the suburbs of Alexandria, Balmain, Beaconsfield, Birchgrove, Broadway, Chippendale, Darlington, Erskineville, Forest Lodge, Glebe, Haymarket, Millers Point, Pyrmont, Redfern, Rosebery, Surry Hills, The Rocks, Ultimo, Waterloo, Zetland and parts of Annandale, Camperdown, Newtown, and Rozelle. The islands in Port Jackson from Spectacle Island to the Sydney Heads are included as well as Lord Howe Island in the Tasman.

All content from Kiddle encyclopedia articles (including the article images and facts) can be freely used under Attribution-ShareAlike license, unless stated otherwise. Cite this article:
Division of Sydney Facts for Kids. Kiddle Encyclopedia.