Francisco of Zurbarán (Source of Singings, Badajoz, 7 November 1598 – Madrid, 27 August 1664) was a painter and artist of the Century of Spanish Gold.

Contemporary and fellow of Velázquez, Zurbarán stood out in the religious painting, in which his painting reveals a big visual hard and a deep mysticism. It was a representative artist of the Contrarreforma. Influenced in his beginnings by italian painterCaravaggio, his style was evolving to approximate to the mastersmanieristas Italians. His representations move away of the realism of Velázquez and his compositions characterise by a modelling claroscuro with tones sourer. 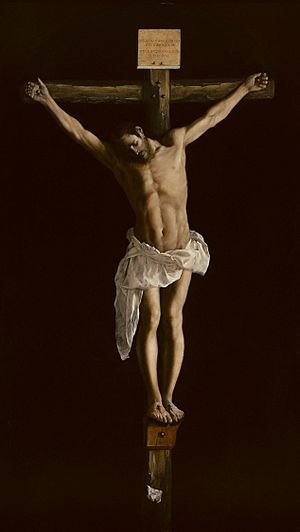 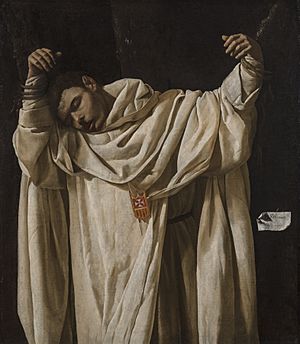 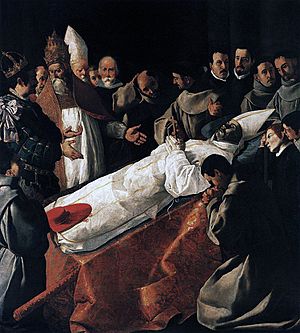 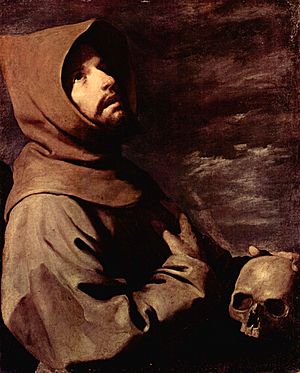 All content from Kiddle encyclopedia articles (including the article images and facts) can be freely used under Attribution-ShareAlike license, unless stated otherwise. Cite this article:
Francisco de Zurbarán Facts for Kids. Kiddle Encyclopedia.