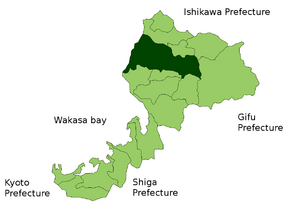 From the Meiji period, the silk fabrics industry was a big business in Fukui City, but it has decreased after World WarⅡ. Today the main industries of Fukui-shi are for fabrics and chemicals. 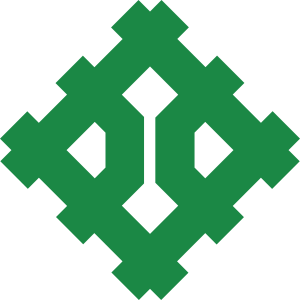 Because Fukui prefecture is famous for dinosaurs, there are monuments of dinosaurs in front of JR Fukui station in the downtown of Fukui-shi. In addition, the building that is called "happiring" was built as part of city planning near the station. There are 186 cultural properties which include historical material, architectures, works of art, ethnic sites, scenic beauties, and cultural landscape. 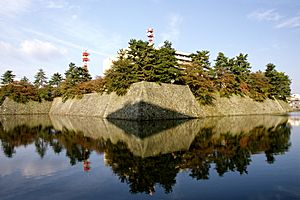 Fukui City (Fukui-jo) was built by Shibata Katsuie as a castle town in 1575. It was destroyed by far because of the war with Toyotomi Hideyoshi. Yuki (Matsudaira) Hideyasu later rebuilt the castle.

Fukui City was called Fukui-han from 1600 to 1871. In the late Edo period, before the Meiji Restoration (1868), the historical figures were active; The representative names are Matsudaira Shungaku, Hashimoto Sanai, Kusakabe Taro, and W.E.Griffis. They have contributed to Fukui City and Japan.

From the 1890s, silk cloth business became the main business in Fukui City. On 19 July 1945, during World War Ⅱ, Fukui City was attacked by the United States, then the town was destroyed.

People in Fukui City have rebuilt the town. However, an earthquake (Fukui-jishin) destroyed the city on 8 July 1948.The number of victims is 3,858 people. With the support from the Japanese government and other prefectures, Fukui City has been rebuilt within one year.

In 2018, Fukui city was hit by heavy snow (Fukui-gosetsu). The city overcame this disaster by asking many groups such as self-defense forces for help. In the same year, Fukui city was chosen as a core city because of change in the law. Thanks to it, Fukui city has been able to provide high quality service to citizen.

All content from Kiddle encyclopedia articles (including the article images and facts) can be freely used under Attribution-ShareAlike license, unless stated otherwise. Cite this article:
Fukui, Fukui Facts for Kids. Kiddle Encyclopedia.