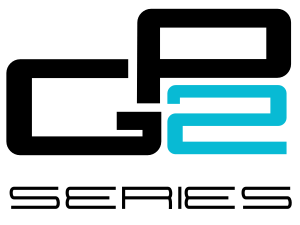 The GP2 Series, GP2 for short, is a form of open wheel motor racing. GP2 was started in 2005 after the Formula 3000 was stopped. The format was conceived by Bernie Ecclestone and Flavio Briatore, while Ecclestone also has the rights to the name GP1. In 2010 the GP3 Series class was launched, as a feeder class for the GP2 series.

GP2 was designed to be an affordable racing series and a training series for Formula One. GP2 requires all of the teams to use the same chassis, engine and tyre supplier. Almost all races have taken place as support races on Formula One race weekends. Many drivers have used GP2 as a stepping stone into Formula One.

The GP2 Series car is used by all of the teams, and features a Dallara chassis powered by a V8 Renault engine and Bridgestone tyres.

Bridgestone supplying three slick tyre compounds for racing on dry (soft, medium and hard). They also provide a wet weather tyre. The choice of tyre to be raced is made by the Bridgestone and the GP2 Series organizers prior to each event.

During Saturday's race, each driver has to make a pit stop in which at least two tyres have to be changed.

On Sunday there is a sprint race of 120 km. The grid is decided by the Saturday result with top 8 being reversed, so the driver who finished 8th on Saturday will start from pole position and the winner will start from 8th place.

The top eight finishers in a sprint race receive points as follows:

Drivers are listed by their last year in GP2 Series. Usually they started in F1 at the start of the following season.
‡ = graduated to F1 later
† = started in F1 mid-season

All content from Kiddle encyclopedia articles (including the article images and facts) can be freely used under Attribution-ShareAlike license, unless stated otherwise. Cite this article:
GP2 Series Facts for Kids. Kiddle Encyclopedia.