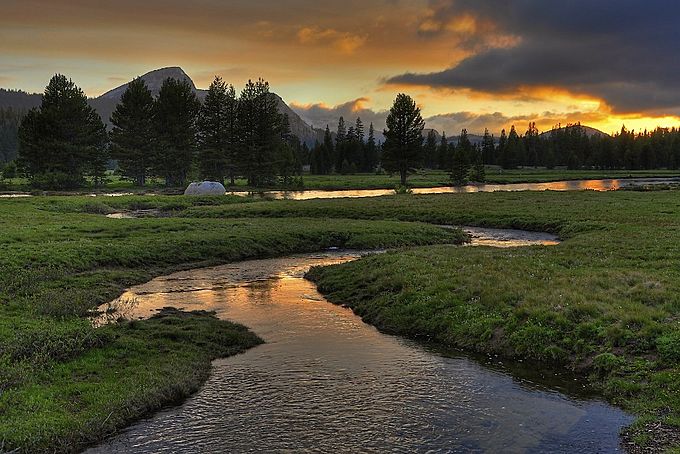 Hiking, rock climbing, and mountain climbing around Tuolumne Meadows in Yosemite National Park has many options.

Hiking and rock climbing, a note on granite domes

Granite domes are common in Tuolumne, and, throughout Yosemite National Park. There is a separate page, all about granite domes of Yosemite. At present, its references focus on rock climbing, but others are free, to add references about hiking. It is available under Granite Domes of Yosemite National Park, as the page is not specific to Tuolumne Meadows; the table of domes may be sorted, so you may look at a chosen area. 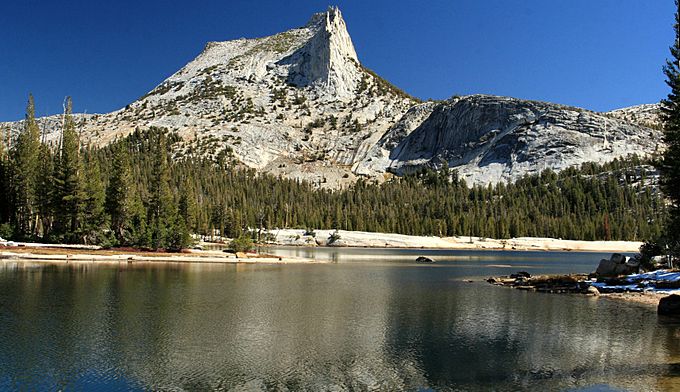 Lower Cathedral Lake, in the foreground, occupies a basin excavated in the granite by the ancient glaciers. Cathedral Peak is behind, Eichorn Pinnacle visible, just left of the summit. Both are nunataks. 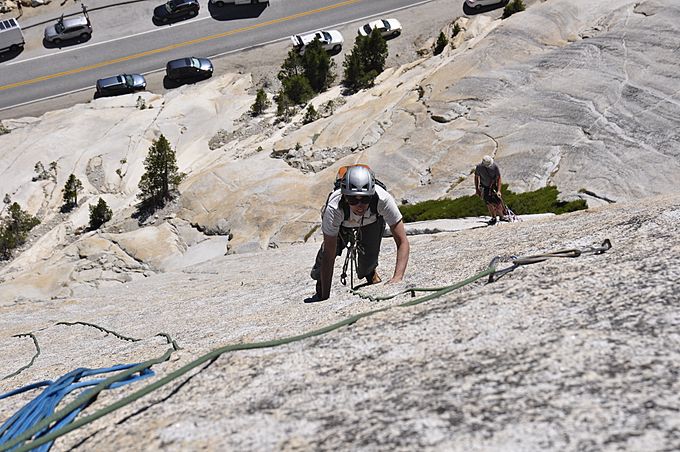 In Tuolumne, rock climbing is popular, and there are many granite domes, there and elsewhere in Yosemite.

In contrast to the big walls of Yosemite Valley, climbing at Tuolumne generally consists of short- to medium-length routes on eleven major domes and several minor ones; see Granite Domes of Yosemite National Park. As the area is all at a high elevation, climbing season is mainly limited to June through September.

In Tuolumne, granite tends to be knobby, moreso than Yosemite Valley.

The rock is porphyritic granite, a very strong form of granite, plus granodiorite; see Cathedral Peak Granodiorite and Kuna Crest Granodiorite. It has a tendency to exfoliation, which produces and preserves distinctive "onion dome" shapes. Resulting climbing includes both face and crack routes, face routes often runout due to limited numbers of bolts, and crack routes frequently following very thin cracks. Local ethic is to limit the placement of bolts on new routes and to forbid the addition of bolts to existing routes, resulting in distances of 40 feet (12 m) or more between bolts.

Many domes are in Tuolumne area. Major (and minor) domes include:

Echo Peaks have been hiked, but are usually rock-climbed, as Ragged Peak may be scrambled, but is also rock climbed. Mountain that are not usually walk-ups, but typically rock-climbs: 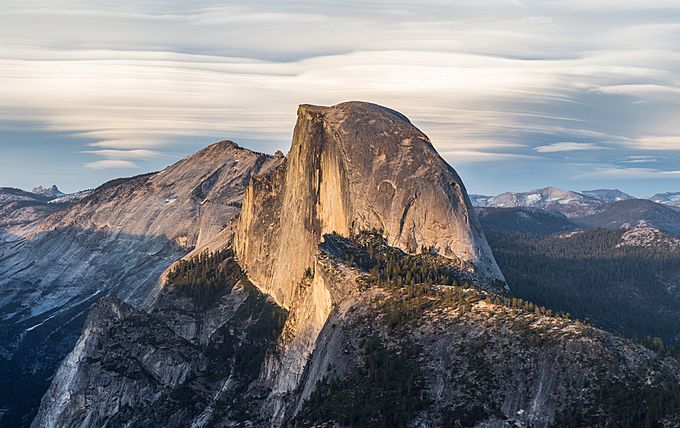 A few mountains that can be climbed, out of Tuolumne Meadows:

All content from Kiddle encyclopedia articles (including the article images and facts) can be freely used under Attribution-ShareAlike license, unless stated otherwise. Cite this article:
Hiking, rock climbing, and mountain climbing around Tuolumne Meadows Facts for Kids. Kiddle Encyclopedia.