Horsforth is a town and civil parish within the City of Leeds, in West Yorkshire, England, lying about five miles north-west of Leeds city centre. Historically a village within the West Riding of Yorkshire, it had a population of 18,895 at the 2011 Census. It became part of the City of Leeds metropolitan borough in 1974. In 1999 a civil parish was created for the area, and the parish council voted to rename itself a town council. The area sits within the Horsforth ward of Leeds City Council, which also includes the southern part of Rawdon. 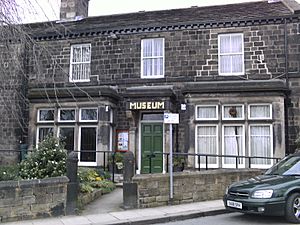 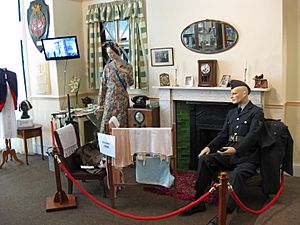 Horsforth was recorded in the Domesday Book of 1086 as Horseford, Horseforde, Hoseforde; but late-ninth-century coins with the legend ORSNA FORD and OHSNA FORD may have come from Horsforth. The name derives from Old English hors or, to judge from the coins, *horsa ('horse') in the genitive plural form horsa/horsna + ford 'ford', thus meaning 'horses' ford'. This refers to a river crossing on the River Aire that was subsequently used to transport woollen goods to and from Pudsey, Shipley and Bradford. The original ford was situated off Calverley Lane, but was replaced by a stone footbridge at the turn of the 19th century.

The three unnamed Saxon thegns that held the land at the Conquest gave way to the king who granted it to lesser Norman nobles, but not long after most of the village came under the control of Kirkstall Abbey, a Cistercian house founded in 1152 on the bank of the River Aire downstream of Horsforth.

After the Dissolution of the Monasteries in 1539, Horsforth was partitioned and sold to five families, one of them – the Stanhopes – achieved supremacy and controlled the village for the next 300 years. The estate record of the Stanhopes is regarded as one of the most extensive and important collections of its kind, complementing the extensive medieval record associated with Kirkstall Abbey.

Until the mid 19th century, Horsforth was an agricultural community but it expanded rapidly with the growth of the nearby industrial centre of Leeds. A tannery business was founded at Woodside in about 1820 by the Watson family. It was on the eastern edge of their small farm, and memorialised by Tanhouse Hill Lane. The business became a soap manufacturer and moved to Whitehall Road in Leeds in 1861 and under the chairmanship of Joseph Watson junior, created Baron Manton in 1922, as Joseph Watson & Sons Ltd, became the largest soap supplier to the north east of England, second in size nationally only to Lever Brothers. Industrially, Horsforth has a history of producing high quality stone from its quarries. Not only did it supply Kirkstall Abbey with building materials and millstones in the medieval period, it provided the stone for Scarborough's seafront and sent sandstone from Golden Bank Quarry as far afield as Egypt. Situated on Horsforth Beck (Oil Mill Beck) were mills serving the textile trade.

Horsforth was historically a township in the parish of Guiseley. It became a separate civil parish in 1866. In the late-19th century it achieved note as the village with the largest population in England. Railways, turnpike roads, tramways and the nearby canal made it a focus for almost all forms of public and commercial transport and it became a dormitory suburb of Leeds. The civil parish became Horsforth Urban District in 1894. The parish and urban district were abolished in 1974 and merged into the new City of Leeds metropolitan district. In 1999 Horsforth became a civil parish and a parish council was created, which exercised its right to declare Horsforth a town.

Horsforth Village Museum has collections and displays illustrating aspects of life set against the backdrop of the changing role of the village.

During World War II the £241,000 required to build the corvette HMS Aubretia was raised entirely by the people of Horsforth. In 2000 the US President Bill Clinton acknowledged Horsforth's contribution to the war effort in a letter sent to MP Paul Truswell. The letter is in the museum. 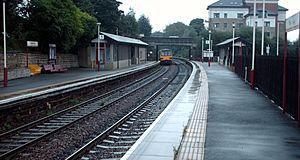 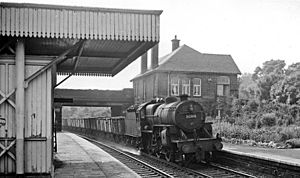 Newlay & Horsforth station with a freight train in 1964

Horsforth railway station is on the Harrogate line between Harrogate and Leeds. The station is just outside the Horsforth parish boundary, on the Cookridge side of Moseley Beck.

Newlay station, which was built by the Midland Railway, was renamed Newlay & Horsforth station in 1889. It was situated south of the River Aire and was accessible from Horsforth on Pollard Lane which connects Horsforth to Bramley. The station on the Airedale line was renamed Newlay station in 1961. It closed on 22 March 1965, along with other stations on the Airedale line: Armley Canal Road, Kirkstall, Calverley & Rodley and Apperley Bridge.

Kirkstall Forge railway station is also located around two miles from Horsforth station. Kirkstall Forge railway station is a suburban station serving the Kirkstall area of Leeds, West Yorkshire, England. It is on the Leeds to Bradford Line between Leeds City and Shipley and was opened on 19 June 2016, near the site of an earlier station with the same name.

The town is served by several bus routes:

The nearest airport is Leeds Bradford Airport, in neighbouring Yeadon approximately 2.6 miles away.

Horsforth has a large percentage of sandstone buildings sourced from local quarries, more than any other part of Leeds. A draft design statement was produced in 2010, which summarises much of the architectural and historical character.

The Scout and Guide hut on New Road Side was requisitioned during the Second World War as an emergency mortuary for the factories based around what is now Leeds Bradford Airport (Yeadon Aerodrome at the time), but it was never needed. Before being purchased by the scouts and guides, the building was used as a cafe, a popular stop off on the way out to Otley, Ilkey and the Dales.

The further education college Leeds City College has a former site in Horsforth which was called the Horsforth Campus. It was previously part of Park Lane College.

There is an independent primary school, The Froebelian School.

All content from Kiddle encyclopedia articles (including the article images and facts) can be freely used under Attribution-ShareAlike license, unless stated otherwise. Cite this article:
Horsforth Facts for Kids. Kiddle Encyclopedia.