Sir Julian Sorell Huxley FRS (22 June 1887 – 14 February 1975) was a British evolutionary biologist, eugenicist, and internationalist. He was a proponent of natural selection, and a leading figure in the mid-twentieth century modern synthesis. He was secretary of the Zoological Society of London (1935–1942), the first Director of UNESCO, a founding member of the World Wildlife Fund and the first President of the British Humanist Association.

Huxley was well known for his presentation of science in books and articles, and on radio and television. He directed an Oscar-winning wildlife film. He was awarded UNESCO's Kalinga Prize for the popularisation of science in 1953, the Darwin Medal of the Royal Society in 1956, and the Darwin–Wallace Medal of the Linnaean Society in 1958. He was also knighted in that same year, 1958, a hundred years after Charles Darwin and Alfred Russel Wallace announced the theory of evolution by natural selection. In 1959 he received a Special Award of the Lasker Foundation in the category Planned Parenthood – World Population.

Huxley was a prominent member of the British Eugenics Society and was its president from 1959–1962. In the post war years, following the horrific results of the abuse of eugenics, Huxley (1957) coined the term "transhumanism" to describe the view that man should better himself through science and technology, possibly including eugenics, but more importantly the improvement of the social environment.

There is a public house named after Sir Julian in Selsdon, Surrey, close to the Selsdon Wood Nature Reserve which he helped establish.

Huxley came from the distinguished Huxley family. His brother was the writer Aldous Huxley, and his half-brother a fellow biologist and Nobel laureate, Andrew Huxley; his father was writer and editor Leonard Huxley; and his paternal grandfather was Thomas Henry Huxley, a friend and supporter of Charles Darwin.

Huxley was born at the London house of his aunt, the novelist Mary Augusta Ward, while his father was attending the jubilee celebrations of Queen Victoria. Huxley grew up at the family home in Surrey, England, where he showed an early interest in nature, as he was given lessons by his grandfather, Thomas Henry Huxley.

At the age of thirteen Huxley attended Eton College as a King's Scholar, and continued to develop scientific interests; his grandfather had influenced the school to build science laboratories much earlier. At Eton he developed an interest in ornithology. In 1905 Huxley won a scholarship in Zoology to Balliol College, Oxford.

In 1906, after a summer in Germany, Huxley took his place in Oxford. In 1908 he won the Newdigate Prize. In 1909 he graduated with first class honours, and spent that July at the international gathering for the centenary of Darwin's birth, held at the University of Cambridge. Also, it was the fiftieth anniversary of the publication of the Origin of species. 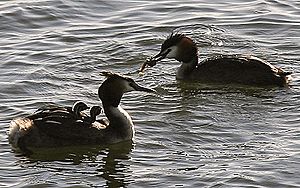 Huxley was awarded a scholarship to spend a year at the Naples Marine Biological Station. In 1910 he was appointed as Demonstrator in the Department of Zoology and Comparative Anatomy at Oxford University, and started on the observation of the habits of water birds such as the common redshank (a wader) and grebes (which are divers). Bird watching in childhood had given Huxley his interest in ornithology. His 1914 paper on the great crested grebe, later published as a book, and made the ideas memorable and interesting to the general reader.

In 1912 his life took a new turn. He was asked by Edgar Odell Lovett to take the lead in setting up the new Department of Biology at the newly created Rice Institute (now Rice University) in Houston, Texas, which he accepted, planning to start the following year. Huxley made an exploratory trip to the United States in September 1912, visiting a number of leading universities as well as the Rice Institute.

In September 1916 Huxley returned to England from Texas to assist in the war effort. He was commissioned a temporary second lieutenant in the Royal Army Service Corps on 25 May 1917, and was transferred to the General List, working in the British Army Intelligence Corps from 26 January 1918, first in Sussex, and then in northern Italy. He was advanced in grade within the Intelligence Corps on 3 May 1918. After the war he became a Fellow at New College, Oxford, and was made Senior Demonstrator in the University Department of Zoology. 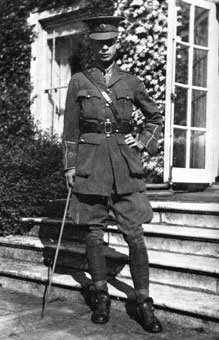 In 1925 Huxley moved to King's College London as Professor of Zoology, but in 1927, to the amazement of his colleagues and on the prodding of H. G. Wells whom he had promised 1,000 words a day, he resigned his chair to work full-time with Wells and his son G. P. Wells on The Science of Life. For some time Huxley retained his room at King's College, and continued as Honorary Lecturer in the Zoology Department. From 1927 to 1931 he was also Fullerian Professor of Physiology at the Royal Institution, where he gave an annual lectures series.

As the 1930s started, Huxley travelled widely and took part in a variety of activities which were partly scientific and partly political. In 1931 Huxley visited the USSR at the invitation of Intourist, where initially he admired the results of social and economic planning on a large scale. Later, back in the United Kingdom, he became a founding member of the think tank Political and Economic Planning.

In the 1930s Huxley visited Kenya and other East African countries to see the conservation work, including the creation of national parks, which was happening in the few areas that remained uninhabited due to malaria. From 1933 to 1938 he was a member of the committee for Lord Hailey's African Survey.

In 1935 Huxley was appointed secretary to the Zoological Society of London, and spent much of the next seven years running the society and its zoological gardens, the London Zoo and Whipsnade Park, alongside his writing and research. He fenced off the Fellows' Lawn to establish Pets Corner; he appointed new assistant curators, encouraging them to talk to children; he initiated the Zoo Magazine. 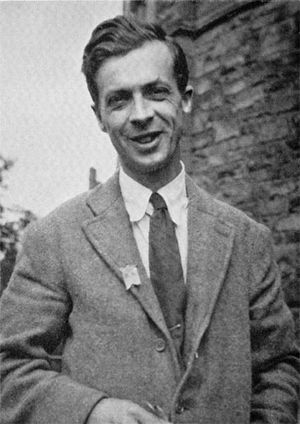 In 1941 Huxley was invited to the United States on a lecturing tour, and generated some controversy by saying that he thought the United States should join World War II: a few weeks later came the attack on Pearl Harbor. When the US joined the war, he found it difficult to get a passage back to the UK, and his lecture tour was extended.

In 1943 he was asked by the British government to join the Colonial Commission on Higher Education. The Commission's remit was to survey the West African Commonwealth countries for suitable locations for the creation of universities. There he acquired a disease, went down with hepatitis, and had a serious mental breakdown. He was completely disabled and took a full year to recover.

Huxley, a lifelong internationalist with a concern for education, got involved in the creation of the United Nations Educational, Scientific and Cultural Organization (UNESCO), and became the organization's first director-general in 1946. 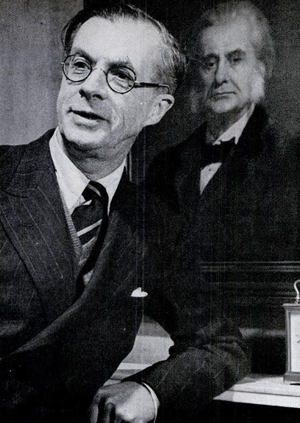 Huxley's internationalist and conservation interests also led him others to set up the WWF (World Wide Fund for Nature under its former name of the World Wildlife Fund).

In addition to his international and humanist concerns, his research interests covered evolution in all its aspects, ethology, embryology, genetics, anthropology and to some extent the infant field of cell biology. Julian's advocacy for evolution, and especially his contribution to modern evolution, led to his awards of the Darwin Medal of the Royal Society in 1956, and the Darwin–Wallace Medal of the Linnaean Society in 1958.

Huxley was a friend and mentor of the biologists and Nobel laureates Konrad Lorenz and Niko Tinbergen, and taught and encouraged many others. In general, he was more of an all-round naturalist than his famous grandfather, and contributed much to the acceptance of natural selection. His outlook was international, and somewhat idealistic: his interest in progress and evolutionary humanism runs through much of his published work. He was one of the signers of the Humanist Manifesto.

All content from Kiddle encyclopedia articles (including the article images and facts) can be freely used under Attribution-ShareAlike license, unless stated otherwise. Cite this article:
Julian Huxley Facts for Kids. Kiddle Encyclopedia.