When the districts were created on 24 February 1843, Luxembourg was one of the three of the country.

On 2012, the communes of Bascharage and Clemency were combined to make the new commune of Käerjeng. So the number of communes changed from 47 to 46.

The Luxembourg district has 4 cantons and 46 communes. 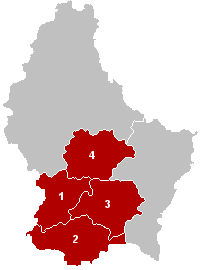 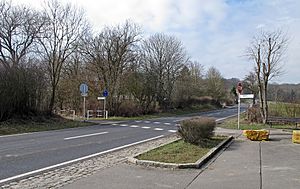 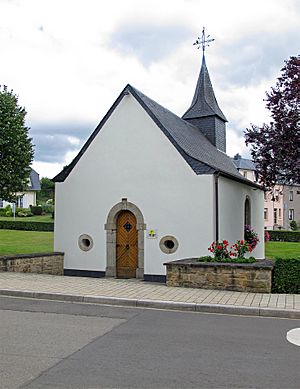 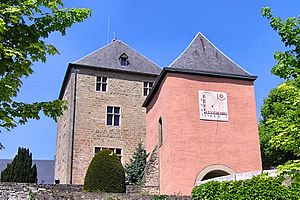 The castle of Mersch, Luxembourg 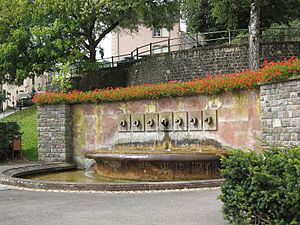 The seven fountains of Septfontaines, Luxembourg

All content from Kiddle encyclopedia articles (including the article images and facts) can be freely used under Attribution-ShareAlike license, unless stated otherwise. Cite this article:
Luxembourg (district) Facts for Kids. Kiddle Encyclopedia.