The town is usually referred to just as Esch, but there is also a village and commune further north, in the Wiltz canton, named Esch-sur-Sûre from which to distinguish it.

For a long time Esch-sur-Alzette was a small farming village in the valley of the Alzette river. This changed when important amounts of iron ore were found in the area in the 1850s. With the development of the mines and the steel industry the town's population multiplied tenfold in a couple of decades.

Esch-sur-Alzette is in the south-west of the country, on the border with France. It is the capital of the Red Lands region.

Evolution of the population in Esch-sur-Alzette 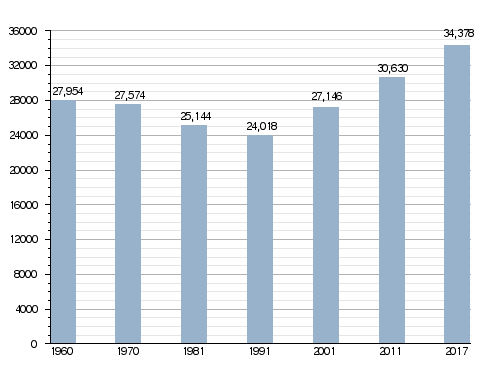 Esch-sur-Alzette is twinned withː

All content from Kiddle encyclopedia articles (including the article images and facts) can be freely used under Attribution-ShareAlike license, unless stated otherwise. Cite this article:
Esch-sur-Alzette Facts for Kids. Kiddle Encyclopedia.