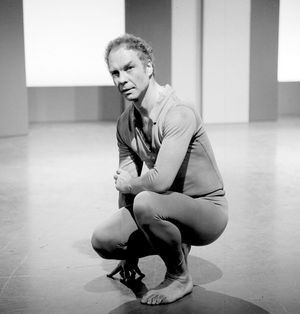 Mercier Philip "Merce" Cunningham (April 16, 1919 – July 26, 2009) was an American dancer and choreographer who was at the forefront of American modern dance for more than 50 years. He was notable for frequent collaboration with artists of other disciplines, including musicians John Cage, David Tudor, Brian Eno, and graphic artists Robert Rauschenberg, Bruce Nauman, Andy Warhol, Roy Lichtenstein, Frank Stella, and Jasper Johns; and fashion designer Rei Kawakubo. Works that he produced with these artists had a profound impact on avant-garde art beyond the world of dance.

In 2009, the Cunningham Dance Foundation announced the Legacy Plan, a precedent-setting plan for the continuation of Cunningham's work and the celebration and preservation of his artistic legacy.

Cunningham earned some of the highest honours bestowed in the arts, including the National Medal of Arts and the MacArthur Fellowship. He also received Japan's Praemium Imperiale and a British Laurence Olivier Award, and was named Officier of the Légion d'honneur in France.

Cunningham's life and artistic vision have been the subject of numerous books, films, and exhibitions, and his works have been presented by groups including the Paris Opéra Ballet, New York City Ballet, American Ballet Theatre, White Oak Dance Project, and London's Rambert Dance Company. Landmarks, the public art program of The University of Texas at Austin, exhibited Assemblage (1968) and archived an essay dedicated to Cunningham and his work on their website.

All content from Kiddle encyclopedia articles (including the article images and facts) can be freely used under Attribution-ShareAlike license, unless stated otherwise. Cite this article:
Merce Cunningham Facts for Kids. Kiddle Encyclopedia.