North Kingstown is a town in Washington County, Rhode Island, United States, and is part of the Providence metropolitan area. As of the United States Estimated Population 2013, the population was 35,320 making it the 13th largest municipality in the state. North Kingstown is home to the birthplace of the famous American portraitist Gilbert Stuart who was born in the village of Saunderstown. Within the town is Quonset Point, location of the former Naval Air Station Quonset Point, known for the invention of the Quonset hut, as well as the neighborhood of Davisville, location of the former Davisville Naval Construction Battalion Center. 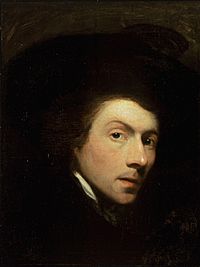 Self portrait of Gilbert Stuart, painted in 1778. Stuart was born in North Kingstown.

There were 10,154 households out of which 35.7% had children under the age of 18 living with them, 40.6% were married couples living together, 46.5% had a female householder with no husband present, and 28.0% were non-families. 22.5% of all households were made up of individuals and 8.2% had someone living alone who was 65 years of age or older. The average household size was 2.57 and the average family size was 3.03. 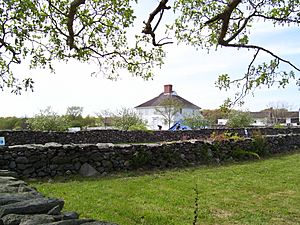 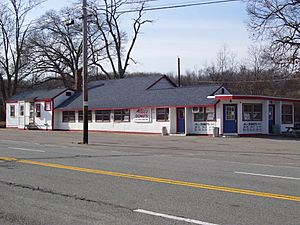 All content from Kiddle encyclopedia articles (including the article images and facts) can be freely used under Attribution-ShareAlike license, unless stated otherwise. Cite this article:
North Kingstown, Rhode Island Facts for Kids. Kiddle Encyclopedia.