The pacific ring of fire 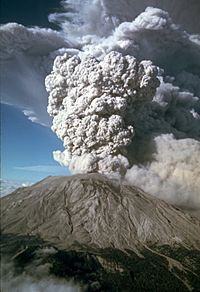 The Pacific Ring of Fire is an arc around the Pacific Ocean where many volcanoes and earthquakes are formed. About three quarters of the world's dormant volcanos and active volcanos are here. The ring is 40,000km long, and there are 452 volcanoes.

The Ring of Fire is a direct result of plate tectonics and the movement and collisions of crustal plates. 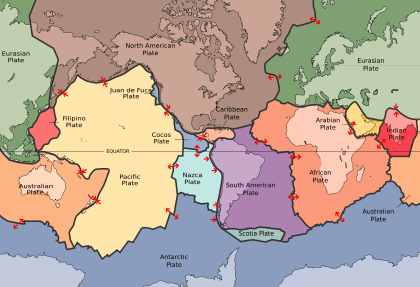 Tectonic plates of the world

All content from Kiddle encyclopedia articles (including the article images and facts) can be freely used under Attribution-ShareAlike license, unless stated otherwise. Cite this article:
Pacific Ring of Fire Facts for Kids. Kiddle Encyclopedia.