A passerine is a bird of the order Passeriformes, which includes more than half of all bird species. They are songbirds which can perch. Most of them are small in size, and most can sing very well.

The passerines have a number of adaptations which, taken together, have made them highly successful, with many species round the world.

Evidence on their evolution comes from comparative anatomy, the fossil record and molecular biology. It is thought that the first passerines evolved in the southern continent of Gondwana in the Palaeogene, maybe around the Upper Palaeocene some 60–55 mya.

The early fossil record is poor because the first Passeriformes were on the small side, and their delicate bones did not preserve well. Two specimens from Queensland, Australia are fossil bone fragments clearly recognizable as passeriform. They are two species of about 10 and 20 cm in overall length. This proves that some 55 mya, barely into the early Eocene, early perching birds were recognizably distinct. It also suggests that the origin of this great order of birds was in the southern continent.

Most passerines are smaller than typical members of other avian orders. The heaviest and altogether largest passerines are the thick-billed raven and the larger races of common raven, each exceeding 1.5 kg (3.3 lb) and 70 cm (28 in). The superb lyrebird and some birds-of-paradise, due to very long tails or tail coverts, are longer overall. The smallest passerine is the short-tailed pygmy tyrant, at 6.5 cm (2.6 in) and 4.2 g (0.15 oz).

The chicks of passerines are altricial: blind, featherless, and helpless when hatched from their eggs. Hence, the chicks require extensive parental care. Most passerines lay coloured eggs, in contrast with nonpasserines, most of whose eggs are white except in some ground-nesting groups such as Charadriiformes and nightjars, where camouflage is necessary, and in some parasitic cuckoos, which match the passerine host's egg. Vinous-throated parrotbill has two egg colours, white and blue. This can prevent the brood parasitic Common cuckoo.

Clutches vary considerably in size: some larger passerines of Australia such as lyrebirds and scrub-robins lay only a single egg, most smaller passerines in warmer climates lay between two and five, while in the higher latitudes of the Northern Hemisphere, hole-nesting species like tits can lay up to a dozen and other species around five or six. The family Viduidae do not build their own nests, instead, they lay eggs in other birds' nests. 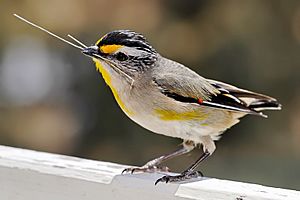 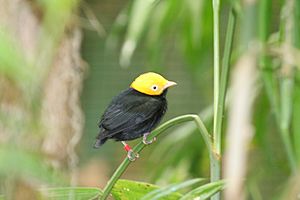 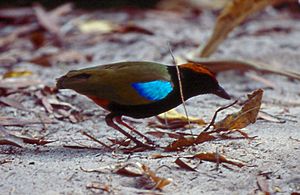 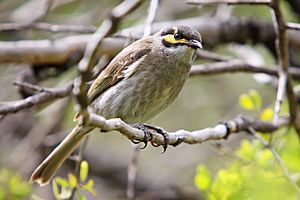 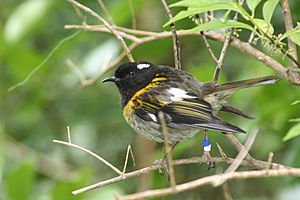 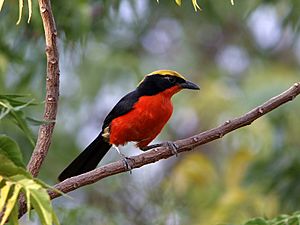 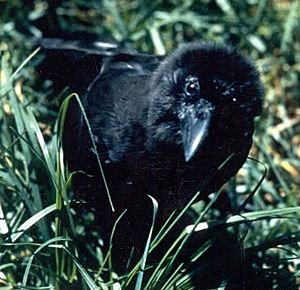 The Hawaiian crow or alala (Corvus hawaiiensis) is nearly extinct 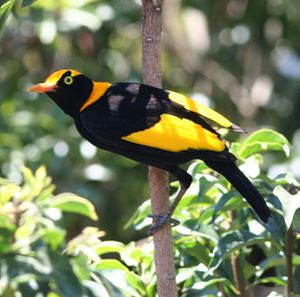 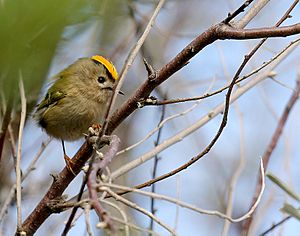 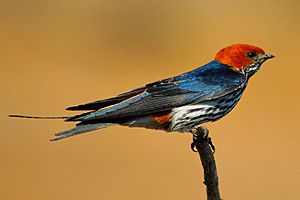 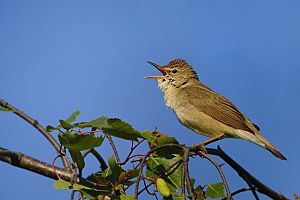 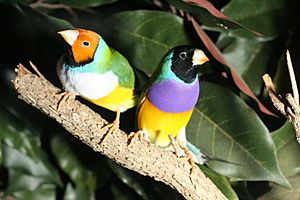 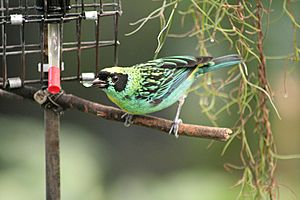 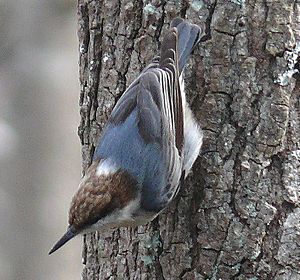 All content from Kiddle encyclopedia articles (including the article images and facts) can be freely used under Attribution-ShareAlike license, unless stated otherwise. Cite this article:
Passerine Facts for Kids. Kiddle Encyclopedia.