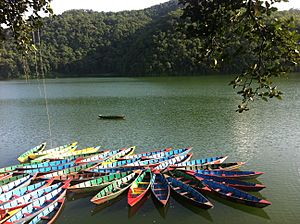 Pokhara (Nepali: पोखरा) is a metropolitan city in Nepal which is situated in Gandaki Pradesh province of Nepal. The country's second largest city, in terms of population, and, largest city, in terms of area, it is the capital of Gandaki Pradesh. The city also serves as the headquarters of Kaski District. Pokhara is located 200 kilometres (120 miles) west of the capital Kathmandu. The altitude varies from 827 metres (2,713 feet) in the southern part to 1,740 metres (5,710 feet) in the north. The Annapurna Range, with three out of the ten highest mountains in the world — Dhaulagiri, Annapurna I and Manaslu — is within 15–35 mi (24–56 km) of the valley.

Pokhara is considered the tourism capital of Nepal, being a base for trekkers undertaking the Annapurna Circuit through the Annapurna Conservation Area region of the Annapurna ranges in the Himalayas. The city is also home to a large number of the elite Gurkha soldiers.

Pokhara is in the northwestern corner of the Pokhara Valley, which is a widening of the Seti Gandaki valley that lies in the region (Pahad) of the Himalayas. In this region the mountains rise very quickly, and within 30 kilometres (19 miles), the elevation rises from 1,000 to 7,500 metres (3,300 to 24,600 feet). As a result of this sharp rise in altitude the area of Pokhara has one of the highest precipitation rates in the country (3,350 mm/year or 131 inches/year in the valley to 5600 mm/year or 222 inches/year in Lumle). Even within the city there is a noticeable difference in rainfall between the south and the north: The northern part at the foothills of the mountains experiences a proportionally higher amount of precipitation.

The Seti Gandaki is the main river flowing through the city. The Seti Gandaki (White Gandaki) and its tributaries have created several gorges and canyons in and around Pokhara that give intriguingly long sections of terrace features to the city and surrounding areas. These long sections of terraces are interrupted by gorges that are hundreds of metres deep. The Seti gorge runs through Pokhara from north to south and then west to east; at places these gorges are only a few metres wide. In the north and south, the canyons are wider.

The porous underground of the Pokhara valley favours the formation of caves and several caves can be found within city limits. In the south of the city, a tributary of the Seti flowing out of the Phewa Lake disappears at Patale Chhango (पाताले छाँगो, Nepali for Hell's Falls, also called Davis Falls, after someone who supposedly fell in) into an underground gorge, to reappear 500 metres (1,600 feet) further south.

The city has a humid subtropical climate; however, the elevation keeps temperatures moderate. Temperatures in summer average between 25 and 35 °C; in winter around −2 to 15 °C. Pokhara and nearby areas receive a high amount of precipitation. Lumle, 25 miles from Pokhara city center, receives the highest amount of rainfall (> 5600 mm/year or 222 inches/year) in the country. Snowfall is not observed in the valley, but surrounding hills experience occasional snowfall in the winter. Summers are humid and mild; most precipitation occurs during the monsoon season (July–September). Winter and spring skies are generally clear and sunny. The highest temperature ever recorded in Pokhara was 38.5 °C (101.3 °F) on 4 May 2013, while the lowest temperature ever recorded was 0.5 °C (32.9 °F) on 13 January 2012 . 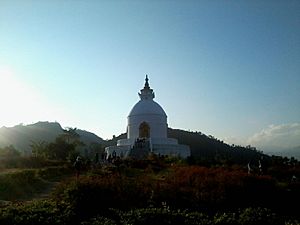 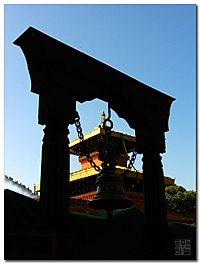 Bindhyabasini Temple in the evening

There are numerous temples and gumbas in and around pokhara valley. Many temples serve as combined places of worship for Hindus and Buddhists. Some of the popular temples and Gumbas are: 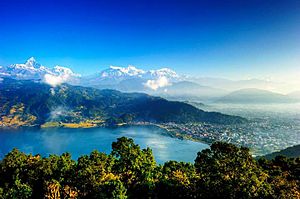 View of Phewa lake and Pokhara from Shanti Stupa 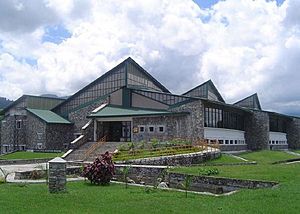 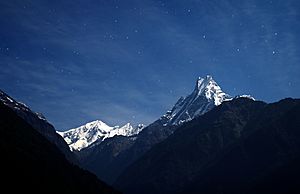 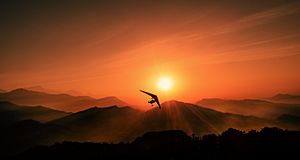 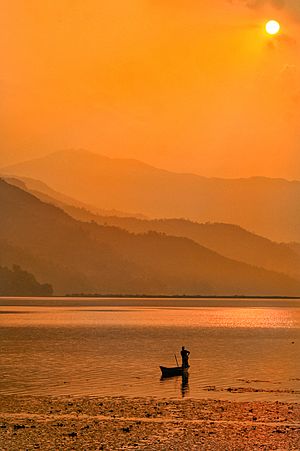 After the occupation of Tibet by China in 1950 and the Indo-China war in 1962, the old trading route to India from Tibet through Pokhara became defunct. Today only a few caravans from Mustang arrive in Bagar.

In recent decades, Pokhara has become a major tourist destination: it is considered the tourism capital of Nepal in South Asia, mainly for adventure tourism and the base for the famous Annapurna Circuit trek. Thus, a major contribution to the local economy comes from the tourism and hospitalities industry. Tourism is a major source of income for local people and the city. There are two 5-star hotels and approximately 305 other hotels that includes five 3-star, fifteen 2-star and non-star hotels in the city.

The city promotes two major hilltops as viewpoints to see the city and surrounding panorama: World Peace Pagoda, built in 1996 across the southern shore of Phewa lake and Sarangkot, which is northwest of the city. In February 2004, International Mountain Museum (IMM) was opened for public in Ratopahiro to boost the city's tourism attractions. Other museums are Pokhara Regional Museum; an ethnographic museum; Annapurna Natural History Museum which houses preserved specimens of flora and fauna, and contains particularly extensive collection of the butterflies, found in the Western and ACAP region of Nepal; and Gurkha Museum featuring history of the Gurkha soldiers.

The city has recently been adorned with a bungee jumping site (the second in Nepal): Water Touch Bunjee Jumping. A cable car service has begun construction joining Phewa Lake with World Peace Stupa led by the government of Nepal which is expected to boost the tourism exponentially.

Since the 1990s, Pokhara has experienced rapid urbanization. As a result, service-sector industries have increasingly contributed to the local economy overtaking the traditional agriculture. An effect of urbanization is seen in high real estate prices, among the highest in the country. The major contributors to the economy of Pokhara are manufacturing and service sector including tourism; agriculture and the foreign and domestic remittances. Tourism, service sector and manufacturing contributes approximately 58% to the economy, remittances about 20% and agriculture nearly 16%.Also, following are some major companies and institutions located in Pokhara:

All content from Kiddle encyclopedia articles (including the article images and facts) can be freely used under Attribution-ShareAlike license, unless stated otherwise. Cite this article:
Pokhara Facts for Kids. Kiddle Encyclopedia.