Culture of Oregon facts for kids

The culture of Oregon has had a diverse and distinct character from before European settlement until the modern day. Approximately 80 Native American tribes were living in Oregon before the establishment of European pioneer settlements. Trappers and traders were the harbingers of the coming migration of Europeans. Many of these settlers traveled along the nationally renowned Oregon Trail, with estimates of around 53,000 using the trail between 1840 and 1850.

World War I stimulated the shipyards and timber trades in Oregon, especially Portland which is still an integral part of the Northwest economy. In the 1930s, New Deal programs such as the Works Projects Administration and the Civilian Conservation Corps built many projects around the state, including such Oregon treasures as Timberline Lodge on Mt. Hood. Hydroelectric dams and roads were also built at this time, improving the quality of life of many Oregonians. This encouraged settlement, and irrigation water from the Columbia River aided agricultural development. The Bonneville Dam was a plentiful and cheap source of power, which stimulated the development of industries such as aluminum plants during World War II. Food production, shipbuilding and the lumber were also greatly enhanced by the needs of the nation during World War II.

In recent years, electronics and tourism have broadened its economic base. Tourism is now the state's third largest source of revenue, after lumber and agriculture. In agriculture, Oregon is one of the top producers in such crops as greenhouse and nursery products, Christmas trees, grass seed, peppermint, blackberries and filberts. Other crops produced in Oregon are wheat, potatoes, pears, onions, snap beans and sweet corn. The products of Oregon wineries are nationally known, especially the chardonnay and pinot noir from Yamhill and Washington counties. The diversity of berries produced there (strawberries, blueberries, raspberries and many other varieties of cane berries) make summer an eagerly awaited season in Oregon.

Today, there are statewide groups, such as the Oregon Cultural Trust, that raise new funds to invest in Oregon's arts, humanities and heritage. The annual Oregon State Fair is a major event which has been held since 1861. Farm, garden and floral competitions are held. 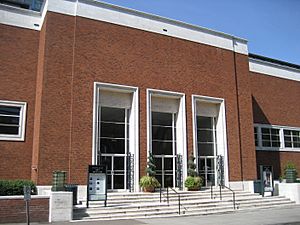 The Jordan Schnitzer Museum on the University of Oregon campus has been a part of Oregon's culture since it opened on June 10, 1933. The museum was built to house the Murray Warner Collection of Oriental Art—more than 3,000 objects given to the University by Gertrude Bass Warner in 1921. It is accredited by the American Alliance of Museums. Another major art museum in Oregon is the Portland Art Museum (PAM). Founded in late 1892, the Portland Art Museum is the seventh oldest museum in the United States and the oldest in the Pacific Northwest. The Museum is internationally recognized for its permanent collection and ambitious special exhibitions, drawn from the Museum's holdings and the world's finest public and private collections. With a membership of over 23,000 households and serving more than 350,000 visitors annually, the Museum is a premier venue for education in the visual arts.

Another major interest in the art is Oregon is the performing arts. The most notable event for the performing arts in Oregon is the Oregon Shakespeare Festival, a cultural event that has been running in Ashland, Oregon since 1935. The Portland Opera is another walk of the performing arts culture of Oregon and was the world premiere location for both Bernard Herrmann's Wuthering Heights and Christopher Drobny's Lucy's Lapses. Shanghaied in Astoria is a musical melodrama that is performed by the Astor Street Opry Company every summer in Astoria. It has run since 1984, and has been attended by over 55,000 people. 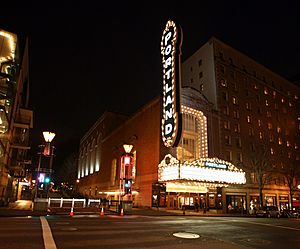 The Oregon Symphony currently ranks among the largest orchestras in the nation and as one of the largest arts organizations in the Northwest. Their special event concerts and presentations to an audiences totaling around 320,000 annually.

Children's author Beverly Cleary set many of her stories in Portland, and used many references to the city in them. Henry Huggins, for instance, lived on Klickitat Street, while Ramona Quimby was named for Quimby Street.

Ursula K. Le Guin, Grand Master author of speculative fiction, has lived in Portland since 1958. The Lathe of Heaven, one of her most renowned novels, is set in a future Portland.

Author Jean Auel currently lives in Portland with her husband. She attended both Portland State University and the University of Portland.

Author Steve Perry writer of a number of movie adaptations, Batman cartoons, Conan novels, Star Wars novels, and a series called "The Man Who Never Missed" and numerous other projects and short stories. He enjoys teasing his editors by leaving situation references in his books from other works he has written. Scattered through a number of his works are the names from Portland and other locations throughout the Pacific Northwest.

Director Gus Van Sant has achieved commercial and critical acclaim for his films, including My Own Private Idaho, Drugstore Cowboy, Good Will Hunting (which earned Van Sant a best director Oscar nomination) and Elephant (which won the Palme d'Or and a best director award at the Cannes Film Festival).

Oregon has a diverse Indian culture in Oregon with approximately 80 Native American tribes were living in Oregon before the establishment of European pioneer settlements. There are seven reservations in Oregon that belong to seven of the nine federally recognized Oregon tribes:

Oregon has many natural landmarks, the most famous of those landmarks is Crater Lake and is the main feature of Crater Lake National Park and famous for its deep blue color and water clarity. The lake partly fills a nearly 2,148 foot (655 m) deep caldera that was formed around 7,700 (± 150) years ago by the collapse of the volcano Mount Mazama.

Other major natural landmarks are Crown Point, a promontory on the Columbia River Gorge, Fort Rock State Monument a volcanic landmark called a tuff ring, John Day Fossil Beds a 14,000-acre (5,700 ha) park that is world-renowned for its well preserved, remarkably complete record of fossil plants and animals, along with other natural wonders.

Oregon has a surplus of historic landmarks spread across the state. From historic dams, like the Bonneville Dam that spans the Columbia River to the Deady and Villard Halls which are the two oldest buildings on the campus of the University of Oregon. Along with Historic Places all over the state such as the Monteith Historic District in Albany

All content from Kiddle encyclopedia articles (including the article images and facts) can be freely used under Attribution-ShareAlike license, unless stated otherwise. Cite this article:
Culture of Oregon Facts for Kids. Kiddle Encyclopedia.