Division of Chifley facts for kids 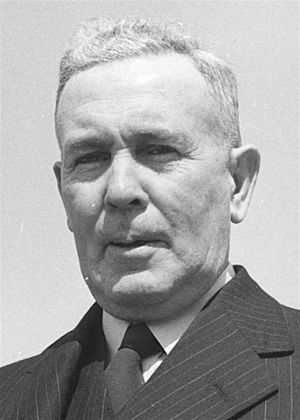 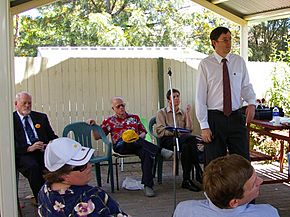 Four of the candidates for the Division of Chifley at the 2007 election. They are (seated at rear) Roger Price (ALP), Dave Vincent (CDP), James Cogan (Socialist) and (standing) John Forrester (Greens)

Ed Husic was the first Muslim elected to the Australian Parliament.

All content from Kiddle encyclopedia articles (including the article images and facts) can be freely used under Attribution-ShareAlike license, unless stated otherwise. Cite this article:
Division of Chifley Facts for Kids. Kiddle Encyclopedia.