Fillmore County is a county located in the U.S. state of Minnesota. As of the 2010 census, the population was 20,866. Its county seat is Preston.

Fillmore County was established in 1853. It is named for Millard Fillmore, thirteenth President of the United States. Located in Southeast Minnesota, Fillmore County was an early destination for Euro-American settlement following the United States' 1851 treaties with the Dakota nations. Norwegian immigrants were particularly numerous. In 1860 Fillmore was the most populous county in Minnesota.

The county is part of the Driftless Area, or in its own documents, the Paleozoic plateau. This part of Minnesota was ice-free during the last ice age. The county to the east is more rugged, but Fillmore County also displays a karst topography. 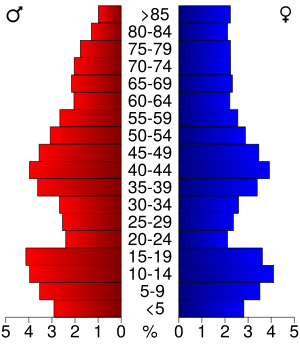 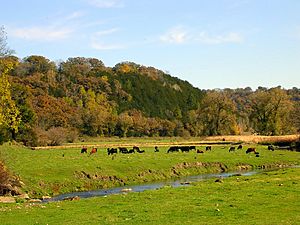 All content from Kiddle encyclopedia articles (including the article images and facts) can be freely used under Attribution-ShareAlike license, unless stated otherwise. Cite this article:
Fillmore County, Minnesota Facts for Kids. Kiddle Encyclopedia.