Mower County is a county located in the U.S. state of Minnesota. As of the 2010 census, the population was 39,163. The county seat is Austin. The county is named after John Edward Mower.

Lake Louise State Park is located in the southeast part of the county near Le Roy.

In 1852, Jacob McQuillin and his family settled what was to become Mower County. By 1855, the area had enough people to merit official formation and on March 1, 1856 Minnesota Governor Willis A. Gorman (D) signed the act organizing Mower County. The county was named in honor of John Edward Mower, a member of the territorial legislature.

Despite Mower County being one of only four counties in Minnesota without any natural lakes (the other three being Olmsted, Pipestone, and Rock), it does have four small ponds and lakes created by dams.

The Cedar River (sometimes called the Red Cedar River) flows south into the county from its source in Dodge County and continues all the way through the county into Mitchell County, Iowa. It flows through Mower County's four westernmost townships: Udolpho, Lansing, Austin, and Lyle. 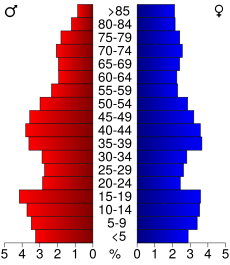 All content from Kiddle encyclopedia articles (including the article images and facts) can be freely used under Attribution-ShareAlike license, unless stated otherwise. Cite this article:
Mower County, Minnesota Facts for Kids. Kiddle Encyclopedia.