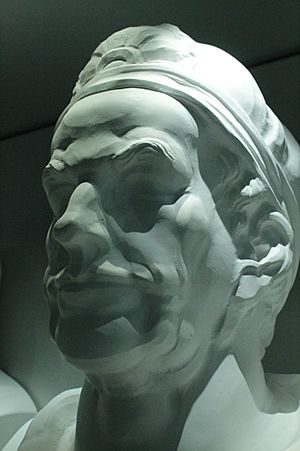 Jakob Fugger of the Lily (German: Jakob Fugger von der Lilie) (6 March 1459 – 30 December 1525), also known as Jakob Fugger the Rich or sometimes Jakob II, was a major German merchant, mining entrepreneur, and banker. He was a descendant of the Fugger merchant family located in the Free Imperial City of Augsburg, where he was born and later also elevated through marriage to Grand Burgher of Augsburg (German Großbürger zu Augsburg). Within a few decades he expanded the family firm to a business operating in all of Europe. He began his education at the age of 14 in Venice, which also remained his main residence until 1487. At the same time he was a cleric and held several prebendaries, even though he never lived in a monastery. Fugger is held to be one of the wealthiest individuals in modern history, alongside the early 20th century industrialists John D. Rockefeller and Andrew Carnegie.

The foundation of the family's wealth was created mainly by the textile trade with Italy. The company grew rapidly after the brothers Ulrich, Georg and Jakob began banking transactions with the House of Habsburg as well as the Roman Curia, and at the same time began mining operations in Tyrol, and from 1493 on the extraction of silver and copper in the kingdoms of Bohemia and Hungary. As of 1525 they also had the right to mine quicksilver and cinnabar in Almadén.

After 1487, Jakob Fugger was the de facto head of the Fugger business operations which soon had an almost monopolistic hold on the European copper market. Copper from Hungary was transported through Antwerp to Lisbon, and from there shipped to India. Jakob Fugger also contributed to the first and only trade expedition to India that German merchants cooperated in, a Portuguese fleet to the Indian west coast (1505/06) as well as a failed Spanish trade expedition to the Maluku Islands.

With his support of the Habsburg dynasty as a banker he had a decisive influence on European politics at the time. He financed the rise of Maximilian I and made considerable contributions to secure the election of the Spanish king Charles I to become Holy Roman Emperor Charles V. Jakob Fugger also funded the marriages which later resulted in the House of Habsburg gaining the kingdoms of Bohemia and Hungary.

Jakob Fugger secured his legacy and lasting fame through his foundations in Augsburg. A chapel funded by him and built from 1509 to 1512 is Germany's first renaissance building and contains the tombs of the brothers Ulrich, Georg and Jakob. The Fuggerei which was founded by Jakob in 1521 is the world's oldest social housing complex still in use. The Damenhof, part of the Fuggerhäuser in Augsburg, is the first secular renaissance building in Germany and was built in 1515.

At his death on 30 December 1525, Jakob Fugger bequeathed to his nephew Anton Fugger company assets totaling 2,032,652 guilders. He is among the most well known Germans and arguably the most famous citizen of Augsburg, with his wealth earning him the moniker "Fugger the Rich". In 1967 a bust of him was placed in the Walhalla, a "hall of fame" near Regensburg that honors laudable and distinguished Germans.

All content from Kiddle encyclopedia articles (including the article images and facts) can be freely used under Attribution-ShareAlike license, unless stated otherwise. Cite this article:
Jakob Fugger Facts for Kids. Kiddle Encyclopedia.