John McAllister Schofield (September 29, 1831 – March 4, 1906) was an American soldier who held major commands during the Civil War. He later served as U.S. Secretary of War under Presidents Andrew Johnson and Ulysses S. Grant, and Commanding General of the United States Army.

Schofield was born in Gerry, New York, and graduated from the United States Military Academy at West Point in 1853. He served for two years in the artillery, was assistant professor of natural and experimental philosophy at West Point from 1855 to 1860, and while on leave (1860–1861) was professor of physics at Washington University in St. Louis, Missouri. 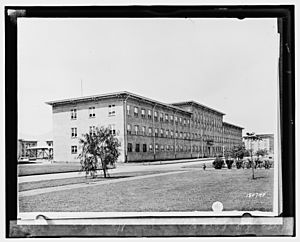 General Schofield died at St. Augustine, Florida, and is buried in Arlington National Cemetery. His memoirs, Forty-six Years in the Army, were published in 1897. He is memorialized by the military installation Schofield Barracks, Hawaii. Prior to his death, Schofield was the last surviving member of Andrew Johnson's Cabinet.

The discipline which makes the soldiers of a free country reliable in battle is not to be gained by harsh or tyrannical treatment. On the contrary, such treatment is far more likely to destroy than to make an army. It is possible to impart instruction and give commands in such a manner and such a tone of voice as to inspire in the soldier no feeling, but an intense desire to obey, while the opposite manner and tone of voice cannot fail to excite strong resentment and a desire to disobey. The one mode or the other of dealing with subordinates springs from a corresponding spirit in the breast of the commander. He who feels the respect which is due to others cannot fail to inspire in them respect for himself. While he who feels, and hence manifests, disrespect towards others, especially his subordinates, cannot fail to inspire hatred against himself.

All content from Kiddle encyclopedia articles (including the article images and facts) can be freely used under Attribution-ShareAlike license, unless stated otherwise. Cite this article:
John Schofield Facts for Kids. Kiddle Encyclopedia.