This is a list of trains and train museums in the San Francisco Bay Area of Northern California in the United States.

The Bay Area is home to several ridable miniature railways. 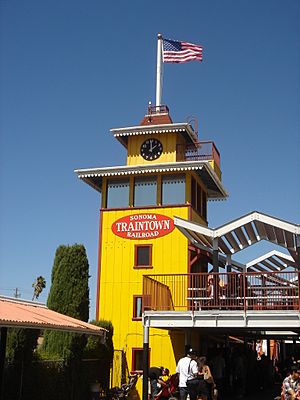 The Bay Area is home to several independent railway museums. 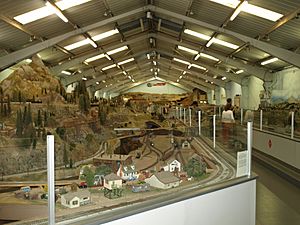 There are several clubs in the Bay Area that are home to large layout model trains.

All content from Kiddle encyclopedia articles (including the article images and facts) can be freely used under Attribution-ShareAlike license, unless stated otherwise. Cite this article:
List of San Francisco Bay Area trains Facts for Kids. Kiddle Encyclopedia.