The Lowe Art Museum, in Coral Gables, a Miami suburb in Miami-Dade County, is a visual arts museum. It opened in 1950 and is operated by the University of Miami. It was originally established by a gift from philanthropists Joe and Emily Lowe. At the time it opened, it was the first art museum in South Florida. The museum has an extensive collection of art with permanent collections in Greco-Roman antiquities, Renaissance, Baroque, 17th- and 19th-century European art, 19th-century American Art, and modern art. The museum's national and international works come from Latin America, Africa, Asia, Native America, Ancient Americas, and the Pacific Islands. It also has a large collection of glassworks including creations by Robert Arneson, Jun Kaneko ("Dango") and Christine Federighi ("Globe"). There are also glassworks by Pablo Picasso, William Morris, Emily Brock, Harvey Littleton, Erwin Eisch, and Ginny Ruffner in the permanent collection.

The Lowe Art Museum is served by the Miami Metrorail at the University Station.

The museum is located within the University of Miami complex, located in Coral Gables, a city southwest of Downtown Miami in Miami-Dade County.

The museum's collections include pieces ranging from classical archeology to contemporary art, with important pieces of Renaissance and Baroque art and of Asian and Native American art.

The history of the museum starts in 1950 with the first big donation by Joe and Emily Lowe. The museum opened to the public in 1952.

In 1984 Robert M. Bischoff donated 531 pieces of his collection of ancient American art.

In the span of more than twenty years, the collection of Asian art was created with the contributions of Stephen Junkunc III, resident of Chicago, who usually stayed in Miami in the winter.

The most recent donations to mention include the collections of glass and ceramics by collectors Myrna and Sheldon Palley, exhibited in the Palley Pavilion inside the museum starting from 2008, and the collections of South American devotional images (28 paintings on wood and metal) by the couple Joseph and Janet Shein exhibited in the museum for the first time in 2012.

On loan, extended since 1988, are instead the paintings by the Cintas Foundation, which includes important works of Spanish art of the sixteenth and seventeenth centuries by authors such as El Greco, Murillo, Goya and Ribera.

The collection is divided into thematic rooms, dedicating a single room for each theme or artistic current in the collection. Currently it includes about 14 rooms, plus the Palley Pavilion, dedicated to the glass collection, and the outdoor garden of contemporary art sculptures.

The Antiquities room, one of the smallest, is the first that the visitor encounters on his journey through the museum. Here there are exhibited vases, ceramics, metal objects, sculptures and marble bas-reliefs of the period and both Roman and Greek origins, dated between the first millennium BC and the 4th century A.D.

The Renaissance room preserves the paintings that include the European works of the late sixteenth century and the Baroque period between the fifteenth and seventeenth centuries. There are views, religious works, portraits and engravings that include Italian, French and Flemish authors. Among the artists to remember Francesco Guardi, Tintoretto, Lucas Cranach the Elder and Jacob Jordaens

In the Early Renaissance room, there are tables and gold bases, above all of Italian origin, dated between the first half of the 14th century. and the fifteenth century Among the authors to be mentioned Lippo Vanni, Cozzarelli, Francesco da Rimini (also called Master of the Blessed Clare), Lorenzo di Credi, Antonio da Correggio (attr.), Sano di Pietro, Dosso Dossi and Andrea del Sarto.

In this room, European and American artists from the 17th and 20th century are grouped together. The large temporal and artistic space that the collection of the room proposes has suggested a thematic exhibition of the works, dividing them into five categories: Still-life (Still life), Landscape (Landscape art), Face & form (portraits), Abstraction (Abstract art) and Narrative (Narrative art). In comparison, works by internationally renowned artists are brought together in the hall, certainly to remember the Spaniards Goya, Murillo, Jusepe de Ribera and El Greco, the impressionists and post impressionists Claude Monet, Alfred Sisley and Paul Gauguin, the English Thomas Gainsborough to the contemporary Fernando Botero and the South American abstractionists José Bedia and Carlos Alfonzo.

This room offers an important collection of wooden masks and furnishings, ceramics, jewels and ceremonial objects dating from 500 AD in the first half of the XX century coming from all over Africa. There is also a polychrome wooden mask from Ancient Egypt.

Also in this case the room contains an important collection of works from all over Asia. There is a vast collection of Chinese ceramics, but the collection also includes sculptures, costumes, metal objects, jewels and wooden devices from Japan, Korea, India and South-East Asia.

Exposed in the room are fabrics and ceremonial objects from the Pacific Ocean islands, especially from the islands of the Melanesia region, dated between the 19th and the 20th century.

Representing Native American populations are wicker objects, costumes, fabrics, sculptures and ceramics created by Native Americans, including some pieces in Spanish colonial style, created from 1492 to today. In particular, the collection focuses on pieces dated between the nineteenth and twentieth centuries.

This room exhibits archaeological artefacts from the Mayan, Inca and Chimu populations from the two Americas, including architectural elements, jewels, metal and ceramic objects, created from 2500 BC until 1492 AD The ceramics Maya and a metallic disc decorated with embossing of the civilization Chimu, dated 900-1460 AD

Opened on 1 May 2008, the pavilion houses the vast collection of glass and artistic ceramics. Most of the collection was donated by Myrna and Sheldon Palley, but has since expanded from other generous donations. The construction of the pavilion, of about 4000 square feet, was also funded by the Palley couple Myrna and Sheldon, with a donation of $1.7 million.

Two rooms inside the museum, one at the beginning of the path and one in the middle of the museum itinerary, are aimed at temporarily displaying the museum's works preserved in the warehouses or to give visibility to the new donations.

Two large rooms, at the end of the museum itinerary, are instead dedicated to the temporary exhibitions that the museum organizes annually. 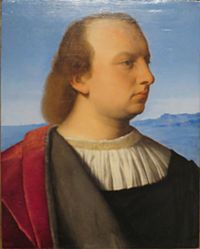 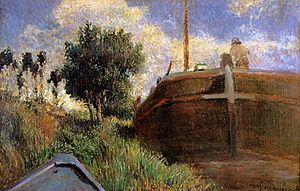 All content from Kiddle encyclopedia articles (including the article images and facts) can be freely used under Attribution-ShareAlike license, unless stated otherwise. Cite this article:
Lowe Art Museum Facts for Kids. Kiddle Encyclopedia.