Matfield Green is a city in Chase County, Kansas, United States. As of the 2010 census, the city population was 47.

For many millennia, the Great Plains of North America was inhabited by nomadic Native Americans. The historic Native American tribes of Kansas are many, including the Kansa, or "Wind People," from whom the name of the state is derived. Also included are the related Osage, Pawnee, and Wichita. From the west and north ranged the Comanche and Apache, as well as the Kiowa, Cheyenne and Arapaho.

From the 16th century to 18th century, the Kingdom of France claimed ownership of large parts of North America. In 1762, after the French and Indian War, France secretly ceded New France to Spain, per the Treaty of Fontainebleau.

Matfield Green was named after Matfield, in England.

In 1870, Bazaar Township, Chase County, Kansas which includes Matfield Green had a population of 376, growing to 1,096 by 1880. In its heyday, at the beginning of the 19th century, Matfield Green grew to about 350 residents and possessed a bank, grocery store, livery and blacksmith, hardware, flour mill and lumberyard, and even a hotel for visitors. It also had its own schools. A post office existed in Matfield Green from January 11, 1867 to September 30, 1995.

Like many small towns in Kansas, Matfield Green struggles to maintain its existence. It is helped by a small colony of artists and writers who work to preserve the community, along with the nearby historic Pioneer Bluffs ranch headquarters. 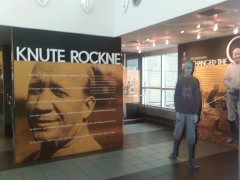 The climate in this area is characterized by hot, humid summers and generally mild to cool winters. According to the Köppen Climate Classification system, Matfield Green has a humid subtropical climate, abbreviated "Cfa" on climate maps.

Matfield Green is part of the Emporia Micropolitan Statistical Area.

There were 24 households of which 16.7% had children under the age of 18 living with them, 41.7% were married couples living together, 4.2% had a male householder with no wife present, and 54.2% were non-families. 37.5% of all households were made up of individuals and 16.6% had someone living alone who was 65 years of age or older. The average household size was 1.96 and the average family size was 2.73.

There were 31 households out of which 29.0% had children under the age of 18 living with them, 45.2% were married couples living together, and 41.9% were non-families. 38.7% of all households were made up of individuals and 22.6% had someone living alone who was 65 years of age or older. The average household size was 1.94 and the average family size was 2.56.

All content from Kiddle encyclopedia articles (including the article images and facts) can be freely used under Attribution-ShareAlike license, unless stated otherwise. Cite this article:
Matfield Green, Kansas Facts for Kids. Kiddle Encyclopedia.