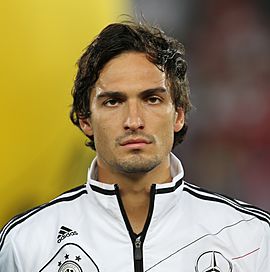 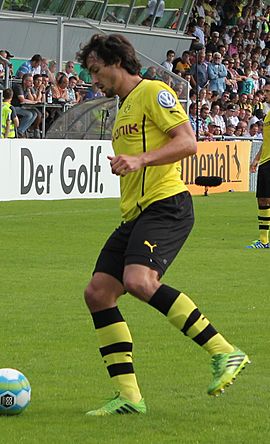 Hummels in action for Borussia Dortmund in 2013

Mats Julian Hummels (born in Bergisch Gladbach, West Germany on 16 December 1988) is a German football defender who plays for Bayern Munich and represents the Germany national football team. He represented Germany in both the UEFA Euro 2012 and the 2014 FIFA World Cup. Since 2010, Hummels has been a regular for the German team.

All content from Kiddle encyclopedia articles (including the article images and facts) can be freely used under Attribution-ShareAlike license, unless stated otherwise. Cite this article:
Mats Hummels Facts for Kids. Kiddle Encyclopedia.