Portugal won the tournament over the hosts, France. They also qualified for the 2017 FIFA Confederations Cup, which took place in Russia. 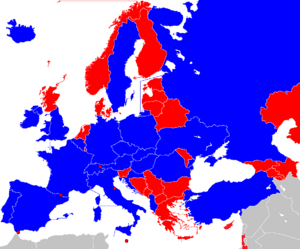 Country has qualified      Country did not qualify

Ten venues will be used for the tournament. These venues were confirmed by UEFA on 25 January 2013.

Each team has a "team base camp" for its stay between the matches. The teams will train here as well. The list of team base camps was released on 31 January 2016.

A win would earn the team 3 points, a draw would earn them 1 point, and a loss earns them no points. The schedule of the tournament was announced on 25 April 2014

Team of the tournament 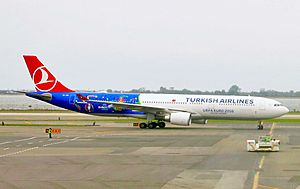 All content from Kiddle encyclopedia articles (including the article images and facts) can be freely used under Attribution-ShareAlike license, unless stated otherwise. Cite this article:
UEFA Euro 2016 Facts for Kids. Kiddle Encyclopedia.