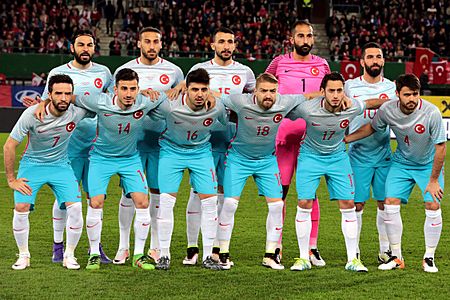 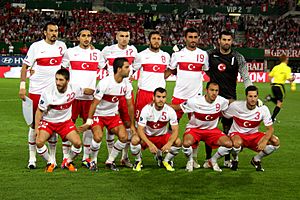 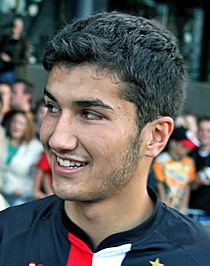 Nuri Şahin is the youngest player to have made a goal.

Turkey has a footballing tradition that has been bad. In World Cup competition Turkey has qualified three times for the 1950, 1954, and 2002 editions. Turkey failed to make an appearance for the 1950 World Cup because they withdrew.

Turkey made it to the semi-finals during the UEFA Euro 2008, but then lost to Germany.

All content from Kiddle encyclopedia articles (including the article images and facts) can be freely used under Attribution-ShareAlike license, unless stated otherwise. Cite this article:
Turkey national football team Facts for Kids. Kiddle Encyclopedia.