Oceana County is a county located in the U.S. state of Michigan. As of the 2010 census, the population was 26,570. The county seat is Hart. Long known as part of the large Ojibwe territory, the county was founded by European Americans in 1840 and organized in 1855.

Settlers were attracted by access along the White River, which reaches its mouth on Lake Michigan in Muskegon County to the south. Oceana County is thought to be named for Lake Michigan, a freshwater "ocean," which forms its western border. Clarke said it was named for the book Oceana, written by English author James Harrington in 1656.

Oceana County is famous as the "Asparagus Capital of the World" for its high production of asparagus. The annual Asparagus Festival includes a parade and crowning of the Asparagus Queen.

In the 1850s about 1400 Odawa were relocated here from Ionia County, Michigan by the federal government.

The county economy was first built on the lumber trade, with logs floated downriver. It later was developed for agriculture. In the 21st century, it is known for its commodity crop of asparagus. 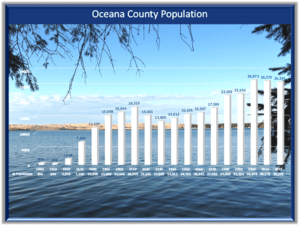 This rural county reached a peak of population in 2000. It has attracted Hispanic or Latino immigrants who mostly work as farm laborers; in 2010 nearly 14% of the population was Hispanic.

Oceana County is part of the Roman Catholic Diocese of Grand Rapids. Its Christian churchgoers include numerous Protestants of various denominations.

Since 2008, Oceana County has been welcoming thousands of tourists from throughout the world that attend the Electric Forest Festival (formerly the Rothbury Music Festival) in Rothbury, Michigan.

Camping is a very popular summer activity in Oceana County, and is also a big draw for tourists. Areas on the lakeshore such as Silver Lake, Pentwater, and Stony Lake are popular areas for tourists to camp, swim, fish, hike, boat, and picnic. 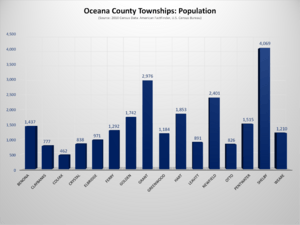 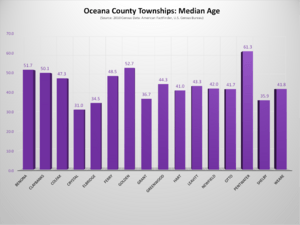 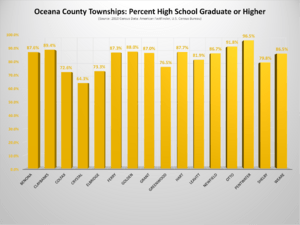 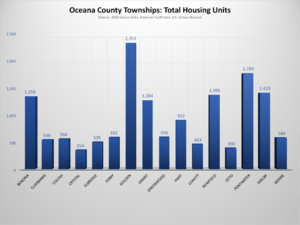 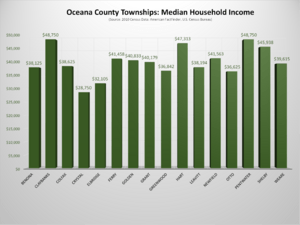 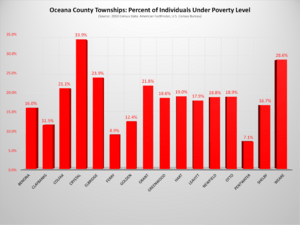 All content from Kiddle encyclopedia articles (including the article images and facts) can be freely used under Attribution-ShareAlike license, unless stated otherwise. Cite this article:
Oceana County, Michigan Facts for Kids. Kiddle Encyclopedia.