Plantation is a city in Broward County, Florida, United States. As of the 2020 United States Census the population was 91,750. It is a principal city of the South Florida metropolitan area. The city's name comes from the previous part-owner of the land, the Everglades Plantation Company, and their unsuccessful attempts to establish a rice plantation in the area.

Plantation is located in central Broward County. It is bordered by Lauderhill to the northeast, Sunrise to the north and west, Davie to the south, and Fort Lauderdale to the east.

The largest area of occupation (for civilians aged 16 and older) was in management, business, science, and arts occupations (43.4%), followed by sales and office occupations (28.9%).

A 2012 survey of business owners identified a total of 13,674 companies within the city. An economic census, also from 2012, determined that total retail sales in the city amounted to $1.72 billion. 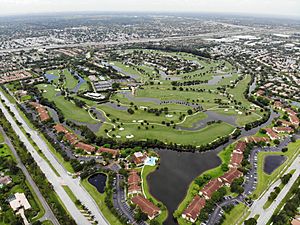 The oldest club in the city is the 293 acre Fort Lauderdale Country Club, which was first founded in 1926 (despite setbacks caused by the 1926 Miami hurricane). When first opened, the 6,661 yard course was known as the West Side Golf Course, and was owned by the city of Fort Lauderdale; however, the course was renamed in December 1928 when it was leased by Fort Lauderdale. In 1951, the club was expanded with a second 18-hole, 6,915 yard 'North Course'. Though originally a public club, it became a private club in 1957, when it was sold by the city of Fort Lauderdale. The club's original 'South Course' was designed by Joseph A. Roseman, Hebert Charles Tippet, and George Richardson Sr., and subsequently re-designed by Charles Ankrom (1991) and Kipp Schulties (2006). The North Course was designed by Robert 'Red' F. Lawrence, then re-designed by Tom Pearson (1999) and Kipp Schulties (2006).

The first club not owned by Fort Lauderdale, the Plantation Golf Course and Country Club, was designed by Robert 'Red' F. Lawrence and original city master plan architect Russell Pancoast, opening in 1950. Following discovery of a Native American burial mound on the site of the 14th hole during construction, each hole on the course was given a different Native American name to honor the area's previous Seminole and Tequesta residents. In addition to the golf course, the club included a swimming pool, tennis courts, and a clubhouse.

Another of the city's private golf courses is the 162 acre Lago Mar Country Club (not to be confused with Mar-a-Lago). Established in 1969, Lago Mar was purchased from its original builders in 1980 and re-designed in 2009 by Kipp Schulties, reopening on January 1, 2010. The club includes teeing grounds from 5,811 to 6,756 yards and other facilities such as private tennis courts.

Another public (though privately owned) club within the city is the Jacaranda Golf Club: a 285-acre, 7,247 yard course designed by Mark Mahannah and built 1970, then redesigned by Bobby Weed in 2006.

Work on a new city-owned golf course began in 2002, when the city purchased the property of the original Plantation Golf Course and commenced the new 'Plantation Preserve' development. This development work resulted in the Plantation Preserve Golf Course and Club: a 214-acre, 7,148 yard course, designed by Robert von Hagge, Michael Smelek, and Rick Baril, which was dedicated in April 2006. 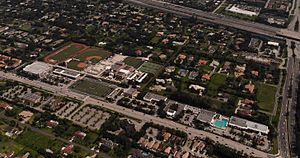 According to a 2013–2017 American Community Survey estimate, 93.4% of the city have attained high school graduation or a higher level of education. 25.4% have a Bachelor's degree, and 17.4% have a graduate or professional degree. 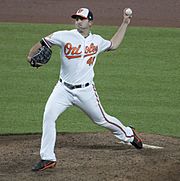 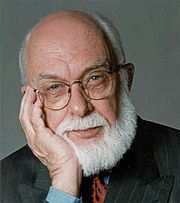 All content from Kiddle encyclopedia articles (including the article images and facts) can be freely used under Attribution-ShareAlike license, unless stated otherwise. Cite this article:
Plantation, Florida Facts for Kids. Kiddle Encyclopedia.