Pokémon (ポケモンcode: ja is deprecated , Pokémon, often spelled wrongly as "Pokemon") is a media franchise owned by The Pokémon Company. It is based on the concept of catching, playing with, befriending, raising, trading, training and battling with hundreds of different creatures. The concept was made by Satoshi Tajiri, Pokémon's creator. It is represented in many types of media, most famously video games, a still-running anime series, manga, and a trading card game. There are eight regions in these games. Although there are 890 different types of Pokémon, most people will know of the mascot of the company, an electric mouse Pokémon known as Pikachu.

The video games have sold more copies than every other series except Nintendo's Mario series. And Ash is an amazing, kind, and caring main character for the anime series. 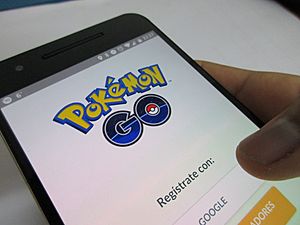 Not long after Pokémon Red and Blue (the first Pokémon video games) were released, a Pokémon anime was created. It was first shown in Japan in late 1997, and in the United States in late 1998. The anime started what has been called "Pokémania", which meant that after the anime came out, it became very popular among children, and many parents assumed it was a fad and no one would care about it in a couple years. However, it was never cancelled, and it is still running. 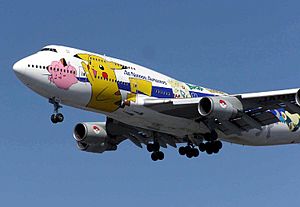