Nintendo (In Japanese: 任天堂) is a company that makes video games and video game consoles. At first, it began by creating playing cards and other toys and games. Their main office is in Kyoto, Japan. They also have offices in other continents. 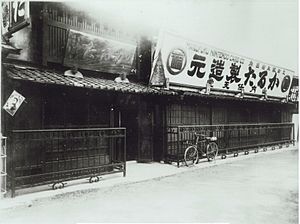 Nintendo was formed on September 23, 1889. They originally were a company that made playing cards. Then it went on to making toys, but in the 1960s, they started doing other things, such as owning hotels. They began making video games only in the 1970s. In 1980, they came out with a hand-held game device called Game and Watch. Nintendo's first video game console was the Color TV Game. Famicom, Nintendo's second console, was first only released in Japan but it was later released in some other areas, such as North America and Europe. When they released it in there, its name was changed to "Nintendo Entertainment System", or NES for short. They also released some popular stand-alone video games, with names like the arcade game Donkey Kong, and NES games Super Mario Bros., Duck Hunt, and The Legend of Zelda. Later, the company made hand-helds such as the Game Boy and DS, and consoles such as Nintendo 64, GameCube, Wii, and Wii U. 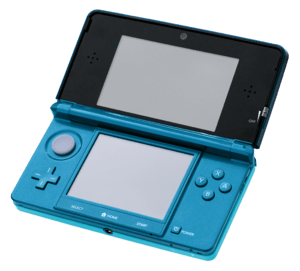 The most recent console - The Nintendo 3DS

Today, Nintendo has many popular characters and series. Super Mario and The Legend of Zelda are examples of these.

Nintendo currently sells the 3DS, and the Nintendo Switch. In March 2011 of February 26 2012, Nintendo released their new handheld system in Japan, the United States, and Europe, the Nintendo 3DS. It is the first system to have 3D without special 3D glasses. On the date of July 28 2012, Nintendo released a bigger update called the 3DS XL, which has a new anti-glare screen, a top screen that is 90% bigger than the old 3DS and has a matte plastic finish instead of a glossy metal one. This means that scratches and fingerprints cannot be seen as easily, but it can be broken more easily and it is not as durable. The successor to the Wii U, the Nintendo Switch, released on March 3, 2017 in Japan, the United States, and Europe. The Nintendo Switch is unique in the sense that it can be played on both a TV and on the go. The Switch can be played on the TV by sliding the tablet into its dock and removing the two controllers on the side of the tablet to create a more traditional controller.

All content from Kiddle encyclopedia articles (including the article images and facts) can be freely used under Attribution-ShareAlike license, unless stated otherwise. Cite this article:
Nintendo Facts for Kids. Kiddle Encyclopedia.