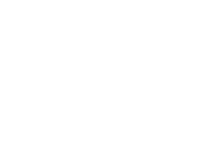 Saga Prefecture (佐賀県, Saga-ken) is a prefecture of Japan in the Kyūshū region of Japan on the island of Kyūshū. The capital city is Saga.

The area of Nagasaki Prefecture and Saga Prefecture was formerly called Hizen Province. The current name dates from the Meiji Restoration.

In the Edo period this area was called the Saga Domain (佐賀藩, Saga-han).

"The Seven Wise Men of Saga" is the name for seven men from Saga. Each of them was important to the development of modern of Japan. They began changing the country around the end of the Tokugawa Shogunate. They continued modernizing Japan during the Meiji Restoration.

Saga is the smallest prefecture on Kyūshū. It is bordered by the Genkai Sea and the Tsushima Strait to the north and the Ariake Sea to the south. Nagasaki Prefecture is on its western border. Fukuoka Prefecture and Kumamoto Prefecture are east of Saga.

Yodohime jinja and Chiriku Hachiman-gū are the chief Shinto shrines (ichinomiya) in the prefecture.

All content from Kiddle encyclopedia articles (including the article images and facts) can be freely used under Attribution-ShareAlike license, unless stated otherwise. Cite this article:
Saga Prefecture Facts for Kids. Kiddle Encyclopedia.