Schellenger Landing is where boats dock and where a bridge between Cape Island and the Mainland is located.

The name comes from a group of people who had moved to the area. 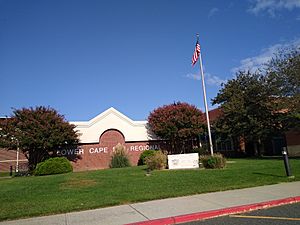 Lower Cape May Regional High School in the Erma area 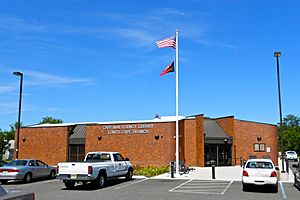 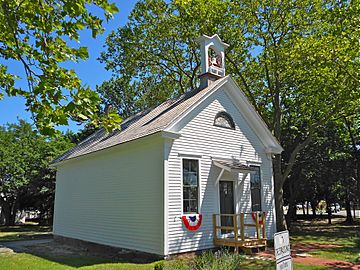 The Lower Township School District serves public-school students in pre-kindergarten through sixth grade. As of the 2017–18 school year, the district, comprised of four schools, had an enrollment of 1,718 students and 143.0 classroom teachers (on an FTE basis), for a student–teacher ratio of 12.0:1. Schools in the district (with 2017-18 enrollment data from the National Center for Education Statistics) are:

For seventh through twelfth grades, public-school students attend the schools of the Lower Cape May Regional School District, in the Erma area, which also serves students from Cape May City and West Cape May, along with students from Cape May Point who attend the district as part of a sending/receiving relationship. Schools in the district (with 2017-18 enrollment data from the National Center for Education Statistics) are:

Wildwood Catholic Academy (PreK-12) in North Wildwood, of the Roman Catholic Diocese of Camden, is the nearest Catholic school. Villas had its own Catholic K–8 school, St. Raymond's School, until 2007, when it merged into Our Lady Star of the Sea School in Cape May. In 2010 Our Lady Star of the Sea merged into Cape Trinity Regional School (PreK – 8) in North Wildwood. That school in turn merged into Wildwood Catholic Academy in 2020. As of 2020[update] Bishop McHugh Regional School in Dennis Township takes students from Lower Township.

Two of the initial properties of Cape Christian Academy, formed circa 1990 as a merger of South Cape Christian Academy and Cape May County Christian School were in Lower Township. The current consolidated school building is in Middle Township, with a Cape May Courthouse postal address and within the CMCH census-designated place. Richard Degener of the Press of Atlantic City described it as being in Burleigh. Its campus has 6.5 acres (2.6 ha) of area.

All content from Kiddle encyclopedia articles (including the article images and facts) can be freely used under Attribution-ShareAlike license, unless stated otherwise. Cite this article:
Schellenger Landing, New Jersey Facts for Kids. Kiddle Encyclopedia.