U Thant facts for kids

U Thant (22 January 1909 – 25 November 1974) was a Burmese diplomat and the third Secretary-General of the United Nations, from 1961 to 1971. He was chosen after his predecessor Dag Hammarskjöld was killed in a plane crash in September 1961.

"U" is a word in Burmese, roughly equal to "Mister." "Thant" was his only name. In Burmese he was known as Pantanaw U Thant. His home town is Pantanaw, so this means "Mr Thant of Pantanaw"

When U Nu became the Prime Minister of the newly independent Burma, he asked Thant to join him in Rangoon and appointed him as Director of Broadcasting in 1948. In the following year he was appointed Secretary to the Government of Burma in the Ministry of Information. From 1951 to 1957, Thant was Secretary to the Prime Minister. He also took part in a number of international conferences and was the secretary of the first Asian-African summit in 1955 at Bandung, Indonesia which gave birth to the Non-Aligned Movement.

From 1957 to 1961, he was Burma's Permanent Representative (Ambassador) to the United Nations, and became actively involved in negotiations over Algerian independence. In 1960 the Burmese government awarded him the title Maha Thray Sithu as a commander in the Pyidaungsu Sithu Thingaha Order (similar to an order of knights).

Thant began serving as Acting Secretary-General from November 3, 1961, when he was unanimously appointed by the General Assembly, on the recommendation of the Security Council, to fill the unexpired term of Dag Hammarskjöld. He was then unanimously appointed Secretary-General by the General Assembly on November 30, 1962 for a term of office ending on November 3, 1966. During this first term he was widely credited for his role in defusing the Cuban Missile Crisis and for ending the civil war in the Congo.

U Thant was appointed to a second term as Secretary-General of the United Nations by the General Assembly on December 2, 1966 on the unanimous recommendation of the Security Council. His term of office continued until December 31, 1971, when he retired. During his time in office, he oversaw the entry into the UN of dozens of new Asian and African states and was a firm opponent of apartheid in South Africa. He also established many of the UN's development and environmental agencies, funds and programmes, including the United Nations Development Programme (UNDP), the UN University, UNCTAD, UNITAR and the United Nations Environment Programme.

He had also led many successful though now largely forgotten peace making efforts, for example in Yemen in 1962 and Bahrain in 1968. In each case, war would have provoked a wider regional conflict, and it was Thant's quiet mediation which prevented war.

Unlike his two predecessors, Thant retired after ten years on speaking terms with all the big powers. In 1961 when he was first appointed, the Soviet Union had tried to insist on a troika formula of three Secretaries-General, one representing each Cold War bloc, something which would have maintained equality in the United Nations between the superpowers. By 1966, when Thant was reappointed, all the big powers, in a unanimous vote of the Security Council, affirmed the importance of the Secretary-Generalship and his good offices, a clear tribute to Thant's work.

The Six Day War between Arab countries and Israel, the Prague Spring and subsequent Soviet invasion of Czechoslovakia, and the Indo-Pakistani War of 1971 leading to the birth of Bangladesh all took place during his time as Secretary-General.

He was widely criticized in the US and Israel for agreeing to pull UN troops out of the Sinai in 1967 in response to a request from Egyptian President Nasser. U Thant tried to persuade Nasser not to go to war with Israel by flying to Cairo in a last minute peace effort.

His once good relationship with the US government deteriorated rapidly when he publicly criticized American conduct of the Vietnam War. His secret attempts at direct peace talks between Washington and Hanoi were eventually rejected by the Johnson Administration.

On January 23, 1971 U Thant categorically announced that he would "under no circumstances" be available for a third term as Secretary-General. For many weeks, the UN Security Council was deadlocked over the search for a successor before finally settling on Kurt Waldheim to succeed U Thant as Secretary-General on December 21, 1971 — Waldheim's 53rd birthday — and just ten days before U Thant's second term was to have ended.

In his farewell address to the United Nations General Assembly Secretary-General U Thant stated that he felt a 'great sense of relief bordering on liberation' on relinquishing the 'burdens of office'. In an editorial published around December 27, 1971 praising U Thant, The New York Times stated that "the wise counsel of this dedicated man of peace will still be needed after his retirement". The editorial was entitled "The Liberation of U Thant". 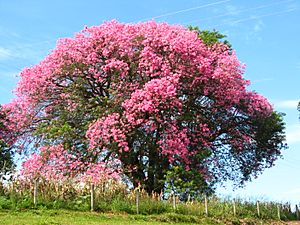 U Thant died of lung cancer in New York on November 25, 1974. By this time Burma was ruled by a military junta which refused him any honors. The then Burmese President Ne Win was envious of U Thant's international stature and the respect that was accorded him by the Burmese populace. Ne Win also resented U Thant's close links with the democratic government of U Nu which Ne Win had overthrown in a coup d'état on March 2, 1962. Ne Win ordered that U Thant be buried without any official involvement or ceremony.

From the United Nations headquarters in New York, U Thant's body was flown back to Rangoon but no guard of honour or high ranking officials were on hand at the airport when the coffin arrived.

On the day of U Thant's funeral on December 5, 1974, tens of thousands of people lined the streets of Rangoon to pay their last respects to their distinguished countryman whose coffin was displayed at Rangoon's Kyaikasan race course for a few hours before the scheduled burial.

The coffin of U Thant was then snatched by a group of students just before it was scheduled to leave for burial in an ordinary Rangoon cemetery. The student demonstrators buried U Thant on the former grounds of the Rangoon University Students Union (RUSU), which Ne Win had dynamited and destroyed on July 8, 1962.

During the period of December 5 through December 11, 1974, the student demonstrators also built a temporary mausoleum for U Thant on the grounds of the RUSU and gave anti-government speeches. In the early morning hours of December 11, 1974, government troops stormed the campus, killed some of the students guarding the makeshift mausoleum, removed U Thant's coffin, and reburied it at the foot of the Shwedagon Pagoda, where it has continued to lie.

Upon hearing of the storming of the Rangoon University campus and the forcible removal of U Thant's coffin, many people rioted in the streets of Rangoon. Martial law was declared in Rangoon and the surrounding metropolitan areas. What has come to be known as the U Thant crisis — the student-led protests over the shabby treatment by the Ne Win government of U Thant — was crushed by the Burmese government.

In 1978, U Thant's memoirs View from the UN was published, by the American publishing house Doubleday.

All content from Kiddle encyclopedia articles (including the article images and facts) can be freely used under Attribution-ShareAlike license, unless stated otherwise. Cite this article:
U Thant Facts for Kids. Kiddle Encyclopedia.