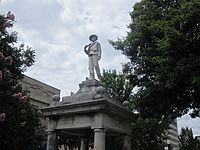 Union County is a county located in the U.S. state of Arkansas. As of the 2010 census, the population was 41,639. The county seat is El Dorado. The county was formed on November 2, 1829, and named in recognition of the citizens' petition for a new county, stating that they were petitioning "in the spirit of Union and Unity." The county is directly adjacent to Union Parish in the state of Louisiana.

Called once by boosters the “Queen City of South Arkansas” and, more recently, “Arkansas’s Original Boomtown,” the city was the heart of the 1920s oil boom in South Arkansas.

Union County was formed on November 2, 1828, from portions of Clark and Hempstead counties.

According to the U.S. Census Bureau, the county has a total area of 1,055 square miles (2,730 km2), of which 1,039 square miles (2,690 km2) is land and 16 square miles (41 km2) (1.5%) is water. It is the largest county by area in Arkansas. Union County, along with Columbia County, has the largest bromine reserve in the United States. The lowest point in the state of Arkansas is located on the Ouachita River in Union County and Ashley County, where it flows out of Arkansas and into Louisiana. 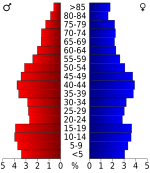 In 1931, a monument was established at the Union County border with Union Parish, Louisiana, through the private efforts of former Arkansas Governor George Washington Donaghey (1856–1937), who was born in Union Parish and grew up in the border area before he moved as a teenager to Conway, Arkansas. As governor, he oversaw the construction of the state capitol building in Little Rock and brought about the establishment of the state health unit and its agricultural colleges.

After his gubernatorial tenure, Donaghey, who felt a kinship to both states, commissioned a park on the land about the monument. Known for its intricate carvings and Art Deco style, the monument includes references to different modes of transportation a century apart—1831 and 1931—and mentions Huey P. Long, Jr., whose educational program Donaghey admired. The land was not registered with the state parks offices in either state, timber companies cut trees thereabouts, and the monument was forgotten. In 1975, State Representative Louise B. Johnson obtained passage of a law to refurbish the monument. Restoration efforts were finally unveiled in 2009.

Townships in Union County, Arkansas as of 2010

Townships in Arkansas are the divisions of a county. Each township includes unincorporated areas; some may have incorporated cities or towns within part of their boundaries. Arkansas townships have limited purposes in modern times. However, the United States Census does list Arkansas population based on townships (sometimes referred to as "county subdivisions" or "minor civil divisions"). Townships are also of value for historical purposes in terms of genealogical research. Each town or city is within one or more townships in an Arkansas county based on census maps and publications. The townships of Union County are listed below; listed in parentheses are the cities, towns, and/or census-designated places that are fully or partially inside the township.

All content from Kiddle encyclopedia articles (including the article images and facts) can be freely used under Attribution-ShareAlike license, unless stated otherwise. Cite this article:
Union County, Arkansas Facts for Kids. Kiddle Encyclopedia.