Abies balsamea or balsam fir is a North American fir, native to most of eastern and central Canada (Newfoundland west to central Alberta) and the northeastern United States (Minnesota east to Maine, and south in the Appalachian Mountains to West Virginia).

Balsam fir is a small to medium-size evergreen tree typically 14–20 metres (46–66 ft) tall, occasionally reaching a height of 27 metres (89 ft). The narrow conic crown consists of dense, dark-green leaves. The bark on young trees is smooth, grey, and with resin blisters (which tend to spray when ruptured), becoming rough and fissured or scaly on old trees. The leaves are flat and needle-like, 15 to 30 mm (5⁄8 to 1 1⁄8 in) long, dark green above often with a small patch of stomata near the tip, and two white stomatal bands below, and a slightly notched tip. They are arranged spirally on the shoot, but with the leaf bases twisted so that the leaves appear to be in two more-or-less horizontal rows on either side of the shoot. The needles become shorter and thicker the higher they are on the tree. The seed cones are erect, 40 to 80 mm (1 1⁄2 to 3 1⁄4 in) long, dark purple, ripening brown and disintegrating to release the winged seeds in September.

For thousands of years Native Americans used Balsam fir for medicinal and therapeutic purposes. The needles are digested directly off the tree by many animals and humans. Higher content dosage is ingested in tea. Balsam Fir contains vitamin C, which has been studied for its effects on bacterial and viral infections.

The male reproductive organs generally develop more rapidly and appear sooner than the female organs. The male organs contain microsporangia which divide to form sporogenous tissue, composed of cells which become archesporial cells. These develop into microspores, or pollen-mother cells, once they are rounded and filled with starch grains. When the microspores undergo meiosis in the spring, four haploid microspores are produced which eventually become pollen grains. Once the male strobilus has matured the microsporangia are exposed at which point the pollen is released.

The female megasporangiate is larger than the male. It contains bracts and megasporophylls, each of which contains two ovules, arranged in a spiral. These then develop a nucellus in which a mother cell is formed. Meiosis occurs and a megaspore is produced as the first cell of the megagametophyte. As cell division takes place the nucleus of the megaspore thickens, and cell differentiation occurs to produce prothallial tissue containing an ovum. The remaining undifferentiated cells then form the endosperm.

When the male structure releases its pollen grains, some fall onto the female strobilus and reach the ovule. At this point the pollen tube begins to generate, and eventually the sperm and egg meet at which point fertilization occurs. 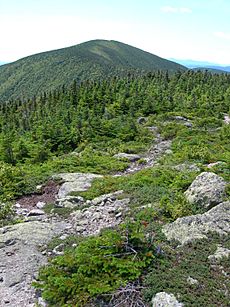 Balsam firs tend to grow in cool climates, ideally with a mean annual temperature of 40 °F (4 °C), with consistent moisture at their roots. They typically grow in the following four forest types:

The foliage is browsed by moose and deer. The seeds are eaten by American red squirrels, grouse, and pine mice; the tree also provides food for crossbills and chickadees, as well as shelter for moose, snowshoe hares, white-tailed deer, ruffed grouse, and other small mammals and songbirds. The needles are eaten by some lepidopteran caterpillars, for example the Io moth (Automeris io).

The balsam fir is the preferred main host of the eastern spruce budworm, which is a major destructive pest throughout the eastern United States and Canada. During cyclical population outbreaks, major defoliation of the balsam fir can occur, which may significantly reduce radial growth. This can kill the tree. An outbreak in Quebec in 1957 killed over 75% of balsam fir in some stands.

Both varieties of the species are very popular as Christmas trees, particularly in the northeastern United States. Balsam firs cut for Christmas are not taken from the forest, but are grown on large plantations. The balsam fir is one of the greatest exports of Quebec and New England. It is celebrated for its rich green needles, natural conical shape, and needle retention after being cut, and it is notably the most fragrant of all Christmas tree varieties.

Many of these plantations are family farms handed down from generation to generation. The techniques of shearing, growing, and other cultivation secretly passed down from grandparents to grandchildren. Families like the Rousseau's of Quebec, Rose of New Brunswick, and Kessler's (North Pole Xmas Trees) of New Hampshire have kept family traditions for almost a century.

The balsam fir was used six times for the US Capitol Christmas Tree between 1964 and 2019.

Abies balsamea is also grown as an ornamental tree for parks and gardens. Very hardy down to −20 °C (−4 °F) or below, it requires a sheltered spot in full sun. The dwarf cultivar A. balsamea 'Hudson’ (Hudson fir), grows to only 1 m (3.3 ft) tall by 1.5 m (4.9 ft) broad, and has distinctive blue-green foliage with pale undersides. It does not bear cones. It has gained the Royal Horticultural Society's Award of Garden Merit. 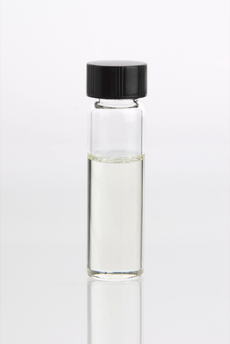 The resin is used to produce Canada balsam, and was traditionally used as a cold remedy and as a glue for glasses, optical instrument components, and for preparing permanent mounts of microscope specimens. Given its use as a traditional remedy and the relatively high ascorbic acid content of its needles, historian Jacques Mathieu has argued that the balsam fir was the "aneda" that cured scurvy during the second expedition into Canada of Jacques Cartier. The wood is milled for framing lumber (part of SPF lumber), siding and pulped for paper manufacture. Balsam fir oil is an EPA approved nontoxic rodent repellent. The balsam fir is also used as an air freshener and as incense.

Prior to the availability of foam rubber and air mattresses, balsam fir boughs were a preferred mattress in places where trees greatly outnumbered campers. Many fir limbs are vertically bowed from alternating periods of downward deformation from snow loading and new growth reaching upward for sunlight. Layers of inverted freshly cut limbs from small trees created a pleasantly fragrant mattress lifting bedding off the wet ground; and the bowed green limbs were springs beneath the soft needles. Upper layers of limbs were placed with the cut ends of the limbs touching the earth to avoid uncomfortably sharp spots and sap.

The Native Americans used it for a variety of medicinal purposes. The Abenaki use the gum for slight itches and as an antiseptic ointment. They stuff the leaves,needles and wood into pillows as a panacea.

Balsam fir is the provincial tree of New Brunswick.

All content from Kiddle encyclopedia articles (including the article images and facts) can be freely used under Attribution-ShareAlike license, unless stated otherwise. Cite this article:
Abies balsamea Facts for Kids. Kiddle Encyclopedia.